Montgenèvre is a firm favourite for our clients, and it's easy to see why! Sitting on the border to Italy in one of the world's largest ski areas - the Milky Way, this family friendly resort has an abundance of piste for all ages and abilities. Our loyal client Mary and her family headed to Montgenèvre with friends for their April ski trip, find out all about their holiday below... 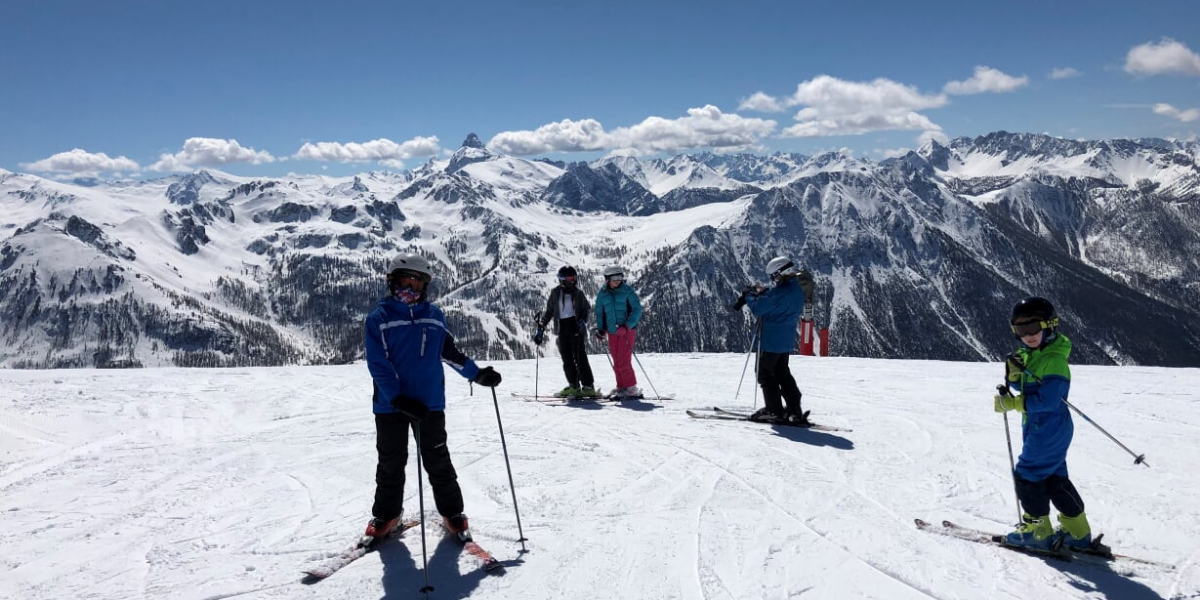 We chose to go with friends to Montgenèvre for our April ski holiday due to its excellent late season snow record and to escape the crowds in the more well known, high altitude resorts. As our friends have four children, driving was the most practical option for them. They booked the Eurotunnel Flexiplus as part of their Peak Retreats package and stopped overnight in Beaune on their way to the Alps and in Reims on the way back. 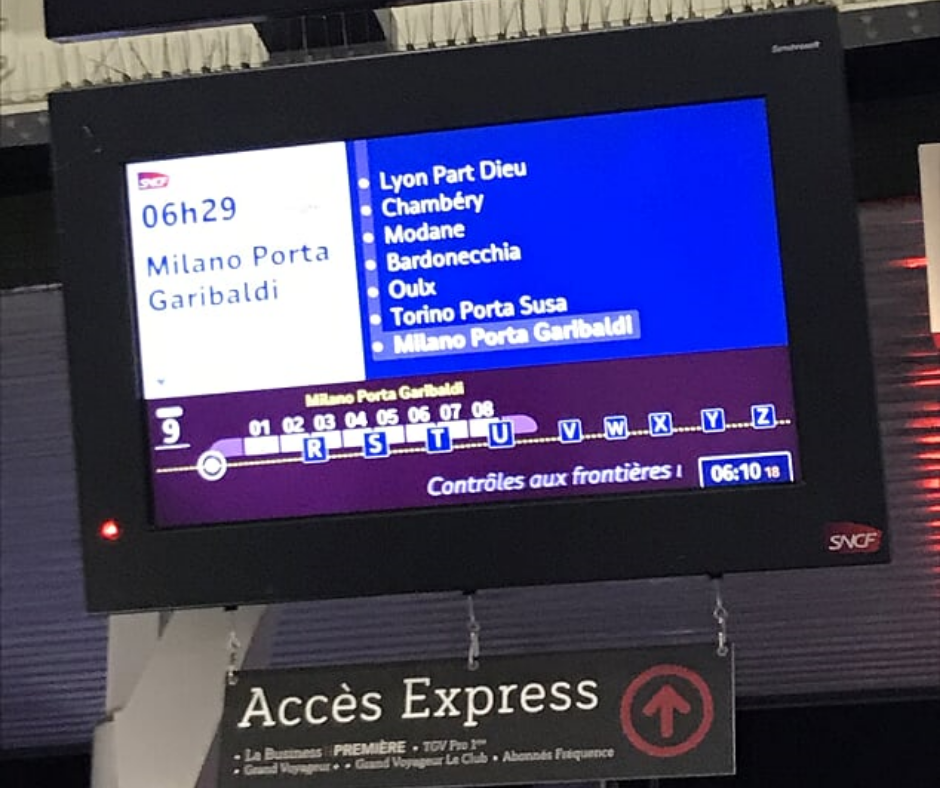 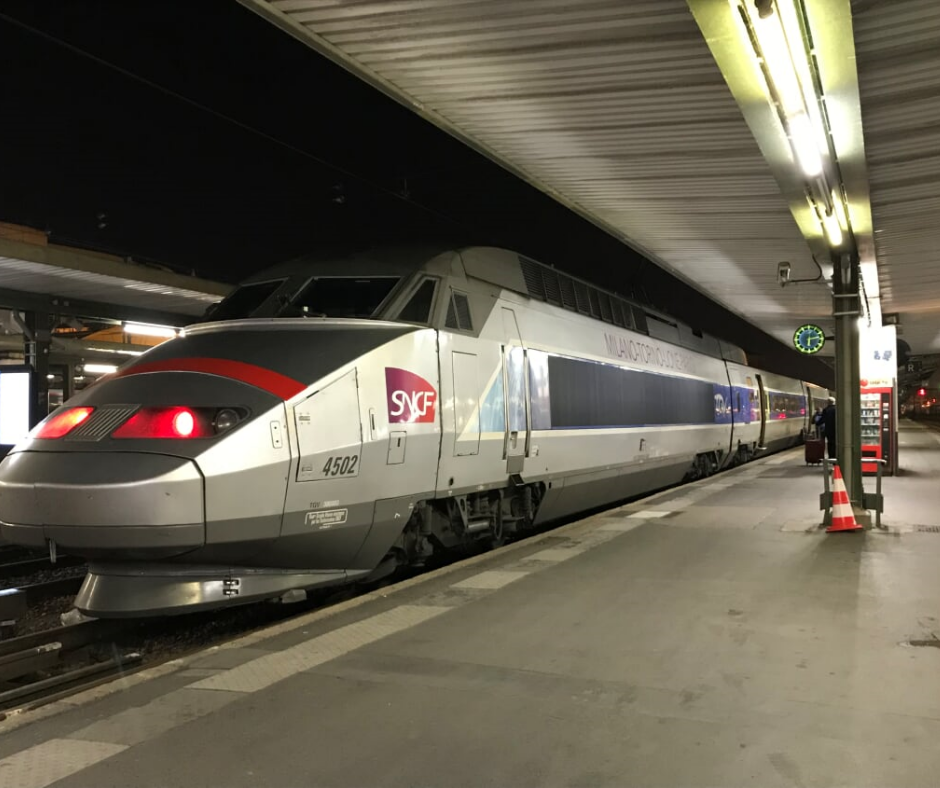 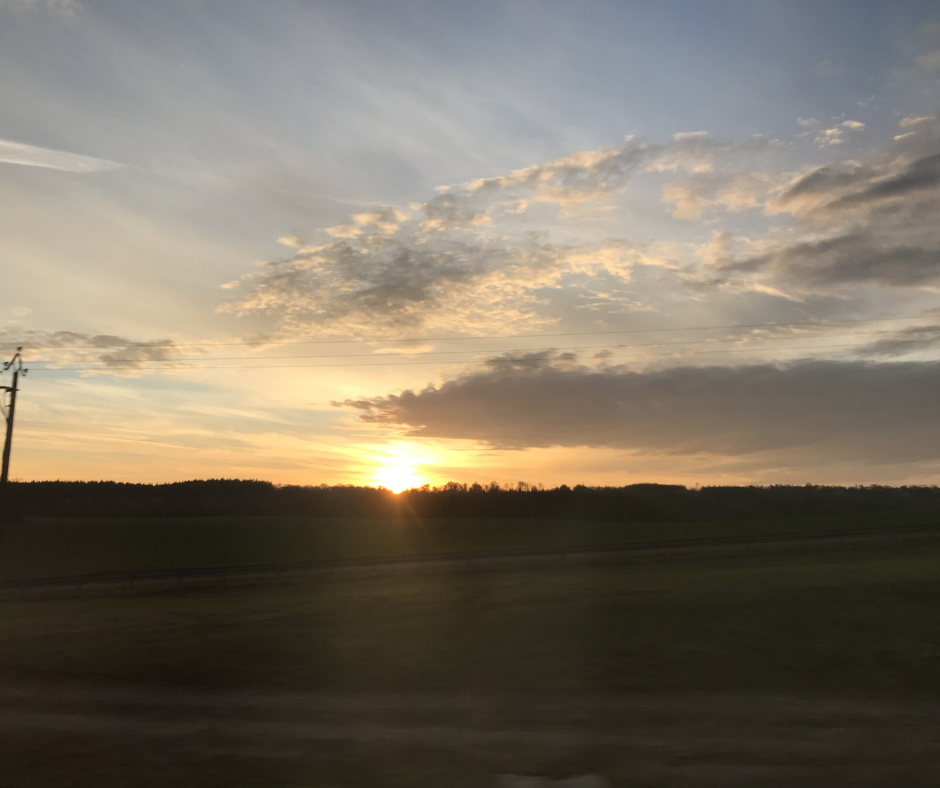 My daughter and I travelled by Eurostar to Paris and spent an enjoyable evening with French friends, before staying overnight at Novotel Gare de Lyon. The next morning we boarded the 6:29am train from Paris to Oulx and from there took the Resalp bus half an hour up the mountain to Montgenèvre. After a quick lunch at Le Graal café, we were off skiing, making the most of the four free hours on Saturday that came with the six-day lift pass. My husband was unable to join us until Tuesday so chose to fly (BA Gatwick to Turin) for the shortest journey time. 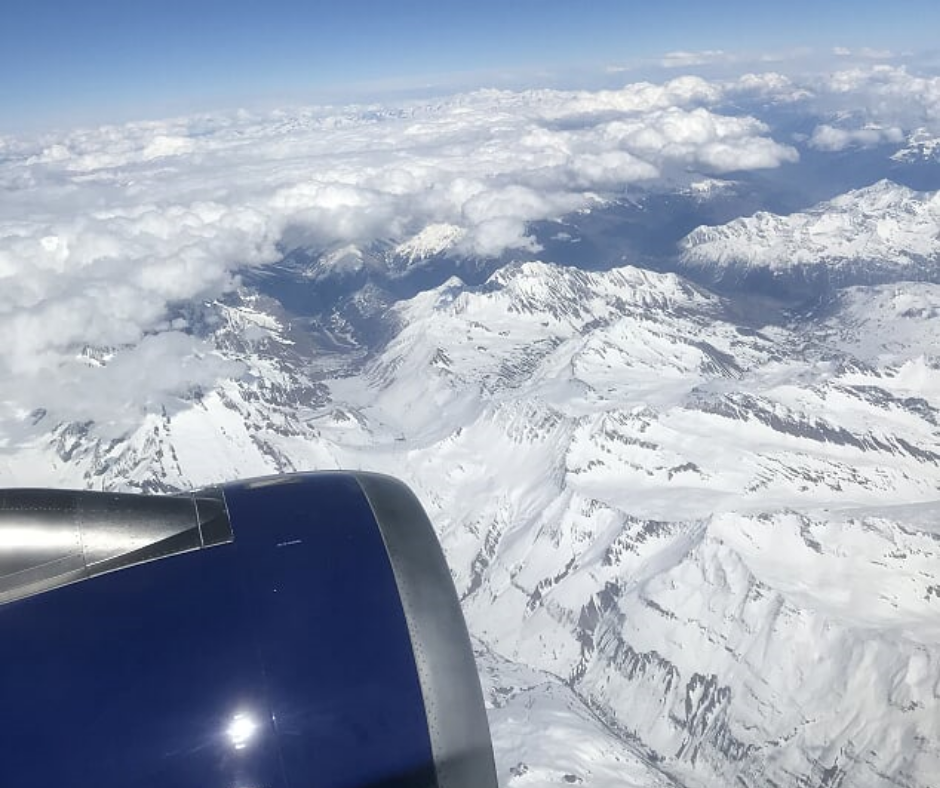 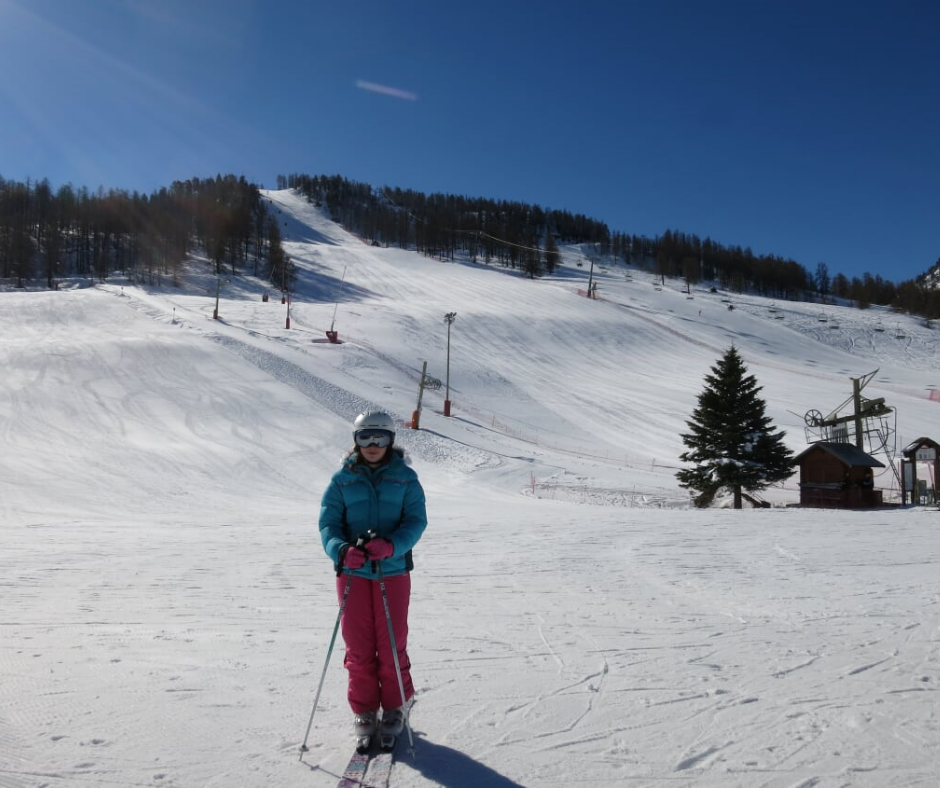 We decided to stay in the centre of Montgenèvre at Residence Le Napoléon, for easy access to the more snow sure north facing slopes. Our one-bedroom apartment was in a peaceful location, overlooking the inner courtyard with the south facing slopes in the distance. Our friends had a three-bedroom duplex apartment looking towards the church with a wonderful view of the sunset the one day it wasn’t snowing! After skiing each day until the lifts shut, we looked forward to spending time in the residence’s superb pool and relaxation area. The Jacuzzi and steam room were particularly enjoyable and did not seem too busy at the end of the session when we were there. The reception was open all day and there was an area where people could play board games next to the open fire. 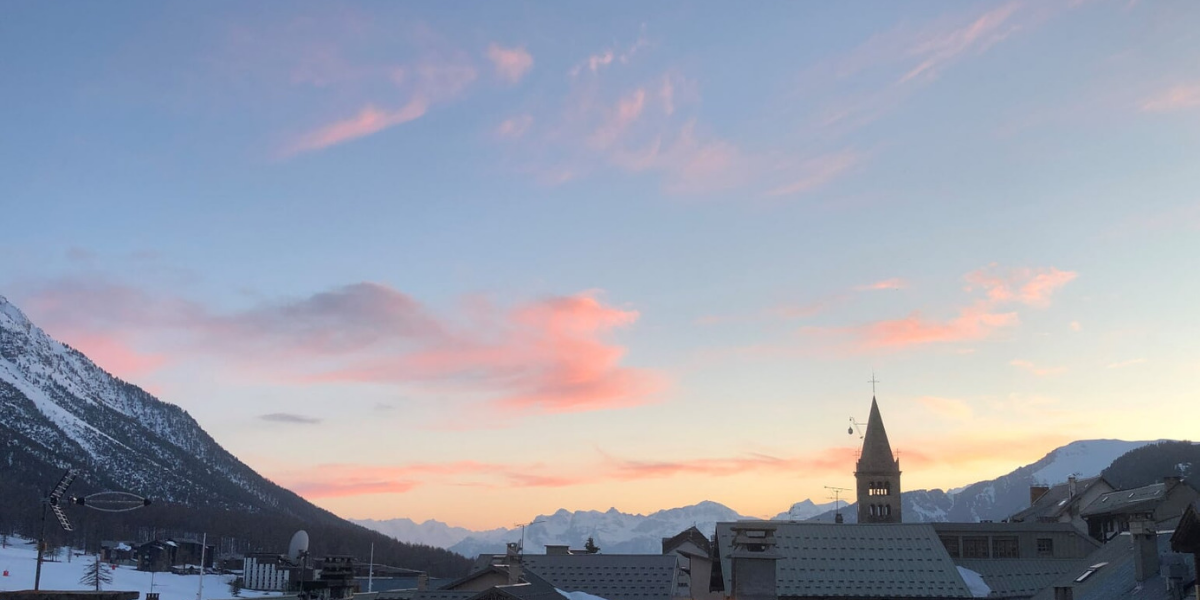 With the School Easter holiday starting later than usual, we were lucky that there was a large snowfall in Montgenèvre a few days before our arrival, followed by twenty-four hours of gentle snow at the start of the holiday. The linked resort of Claviere was due to shut the next day, so we headed there first and were surprised to find that we were almost the only people skiing the fresh snow on the pretty tree lined runs. 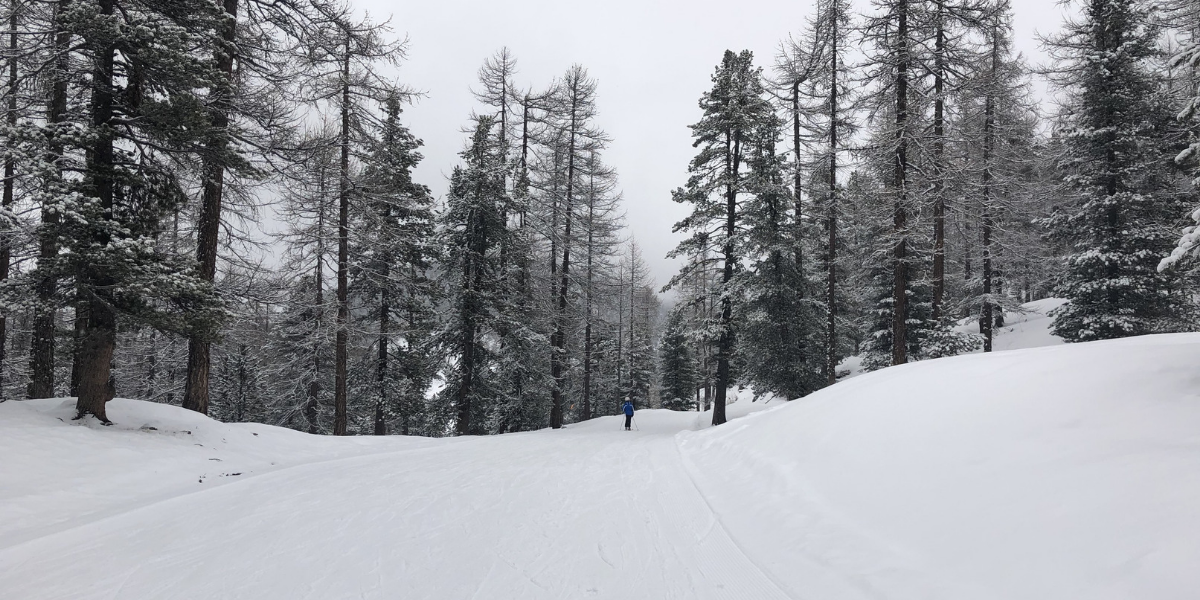 The rest of the week was spent skiing in Montgenèvre, where most pistes were still open. In the morning we warmed up on lower runs such as L’Envers before heading over to the mainly south facing Chalvet area. By late morning the snow was getting soft on the lowest part of the south facing side, so we either stopped for an early lunch at the excellent Les Terraces mountain restaurant, or skied back to the north facing side, often taking the series of chairlifts up to the Roche D’Aigle. From there we enjoyed skiing repeat laps of the Souréou and Les Rhodos pistes. 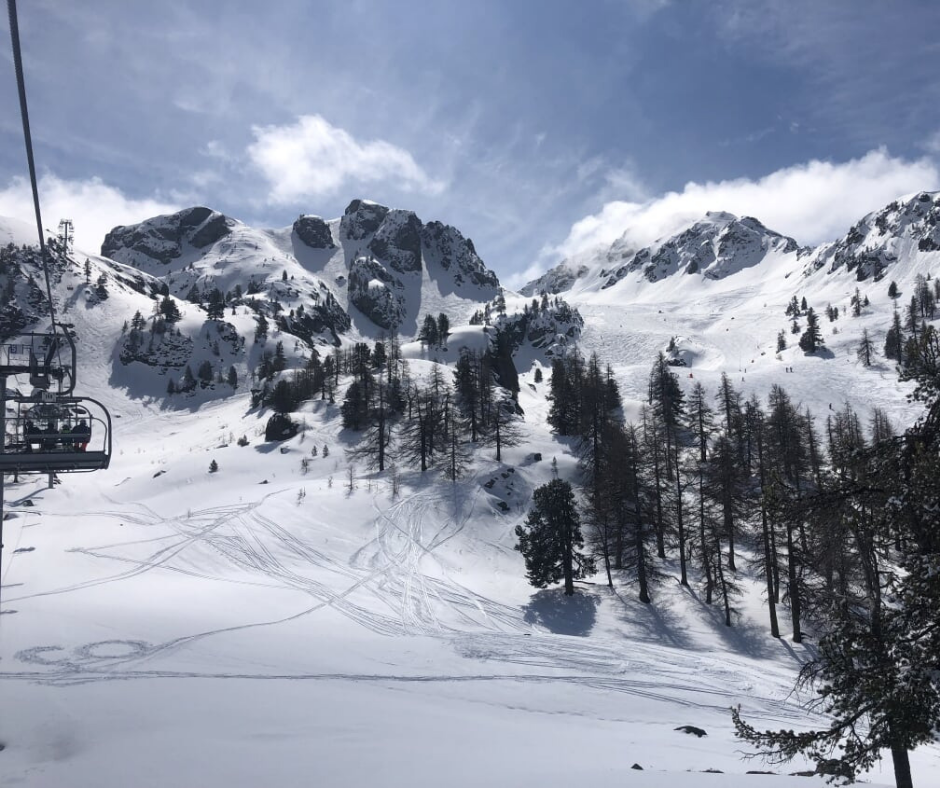 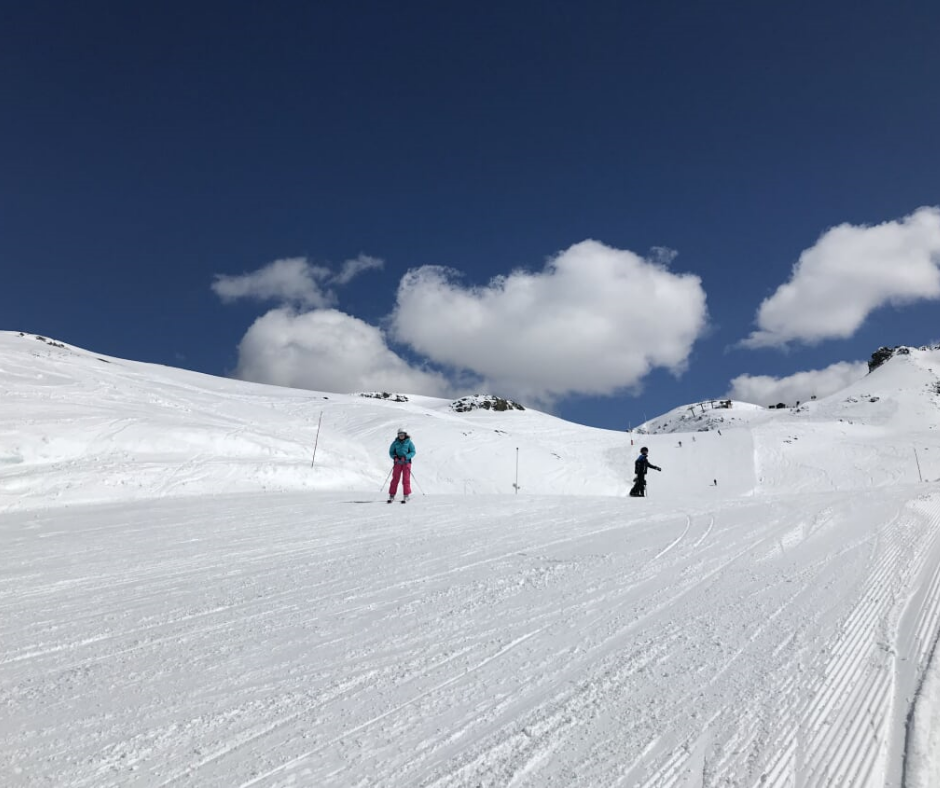 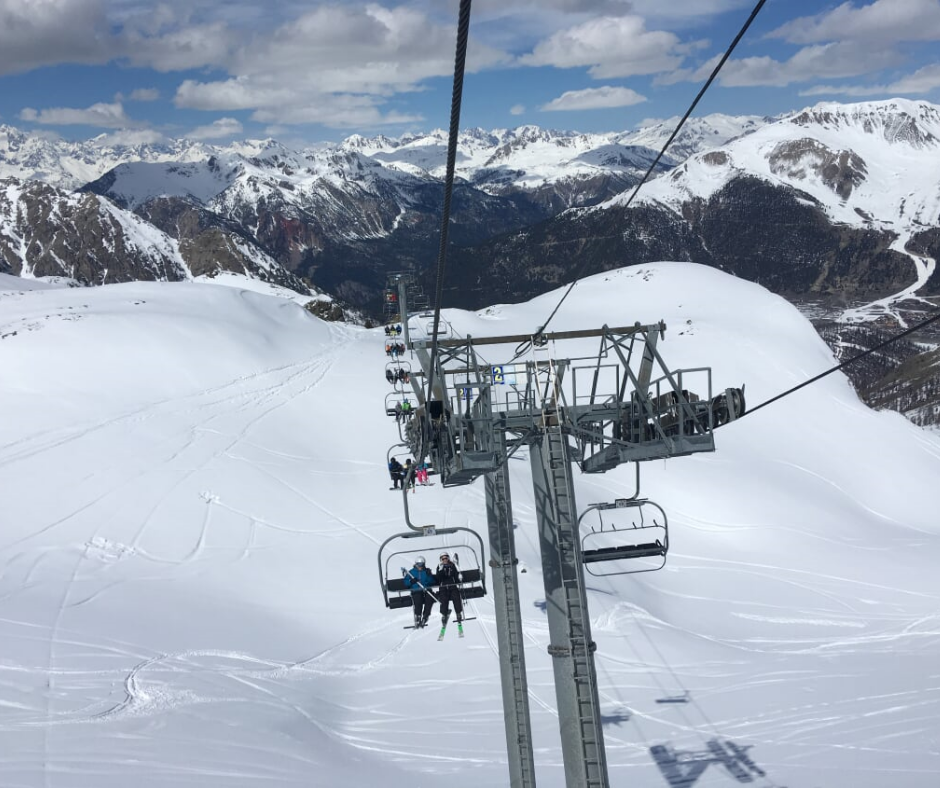 Afternoons were spent in the high north facing area served by the Gondrons and Observatoire chairlifts, where members of our group took their pick of the wide cruisy runs or whizzed round the snow park, with everyone meeting up where the pistes converged for the chairlift back up. 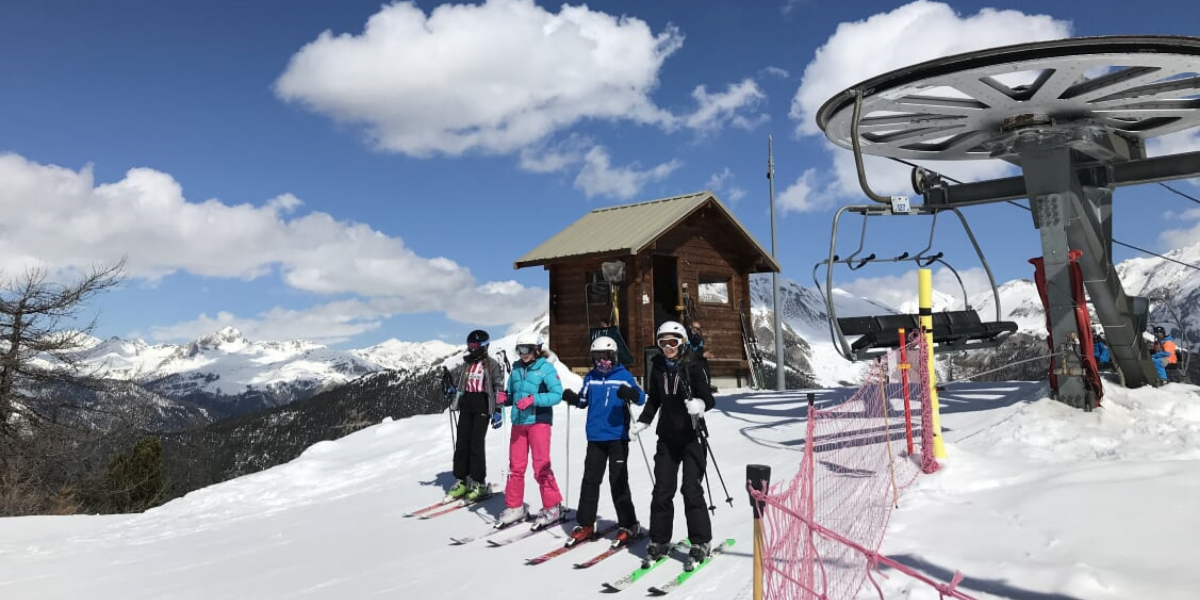 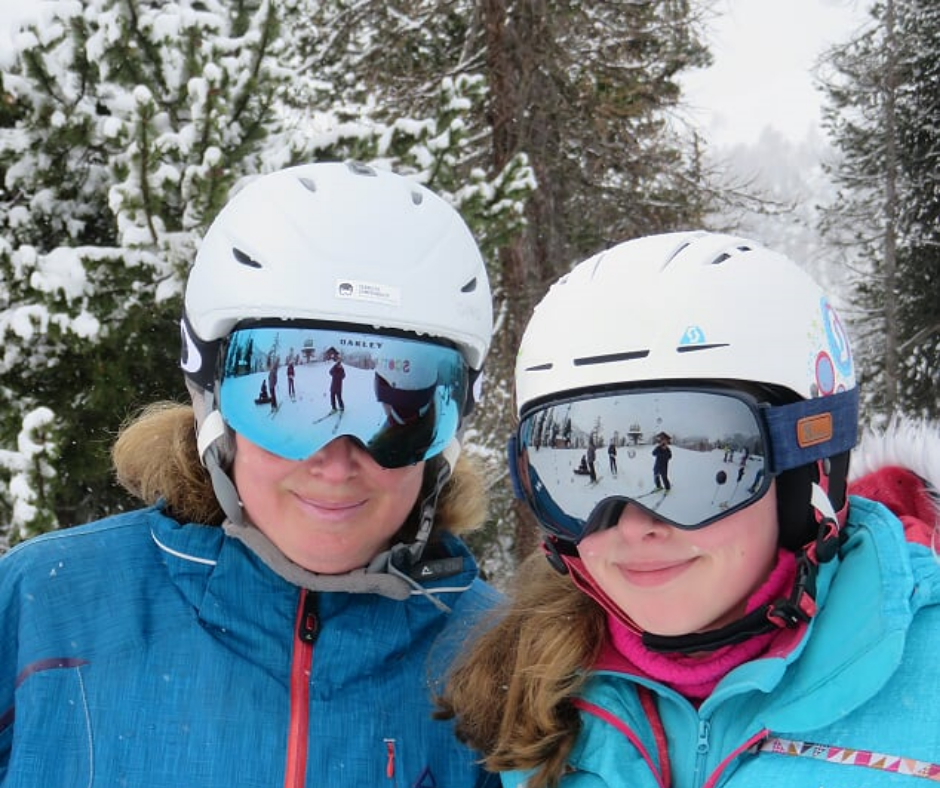 Sometimes we treated ourselves to a “Chocolat Viennois” at the Les Anges mountain restaurant, conveniently located at the foot of the Gondrons chair. It seemed as though each time we had our daily stop at Les Anges, it started snowing gently again. It was fun finishing the day’s skiing with snow falling and with the expectation of skiing fresh snow the next morning.

On the final Saturday our family travelled back together by train in one day, taking a taxi, booked through Peak Retreats, to Oulx station for the 8:30am train to Paris. We reached Paris Gare de Lyon at lunchtime and took the RER to Gare du Nord, where we left our cases in a luggage locker. We spent the afternoon sightseeing in Paris, which was looking at its best in the sunshine, with spring flowers in bloom in the Tuileries gardens. Our evening Eurostar from Paris to London was full of happy skiers returning from many different resorts in the French Alps. 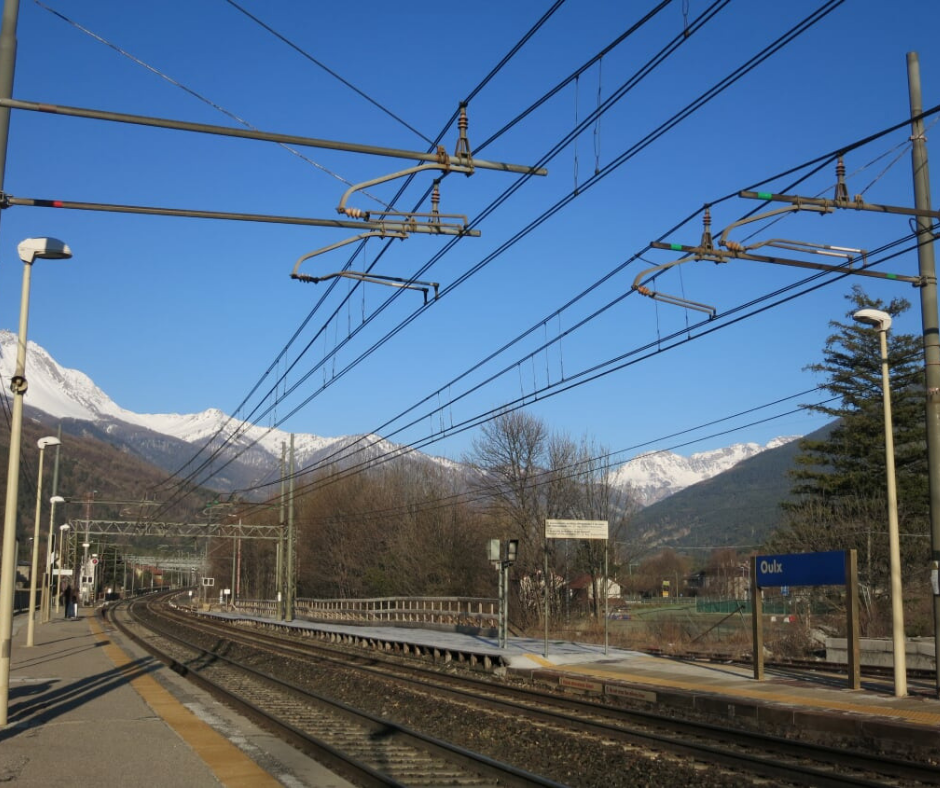 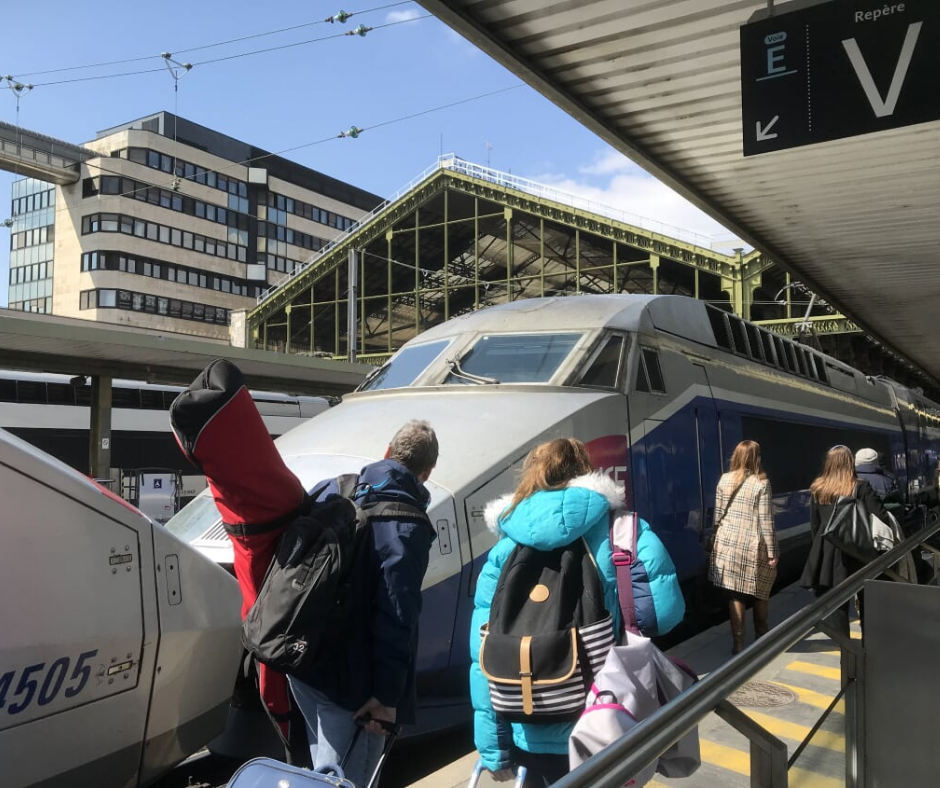 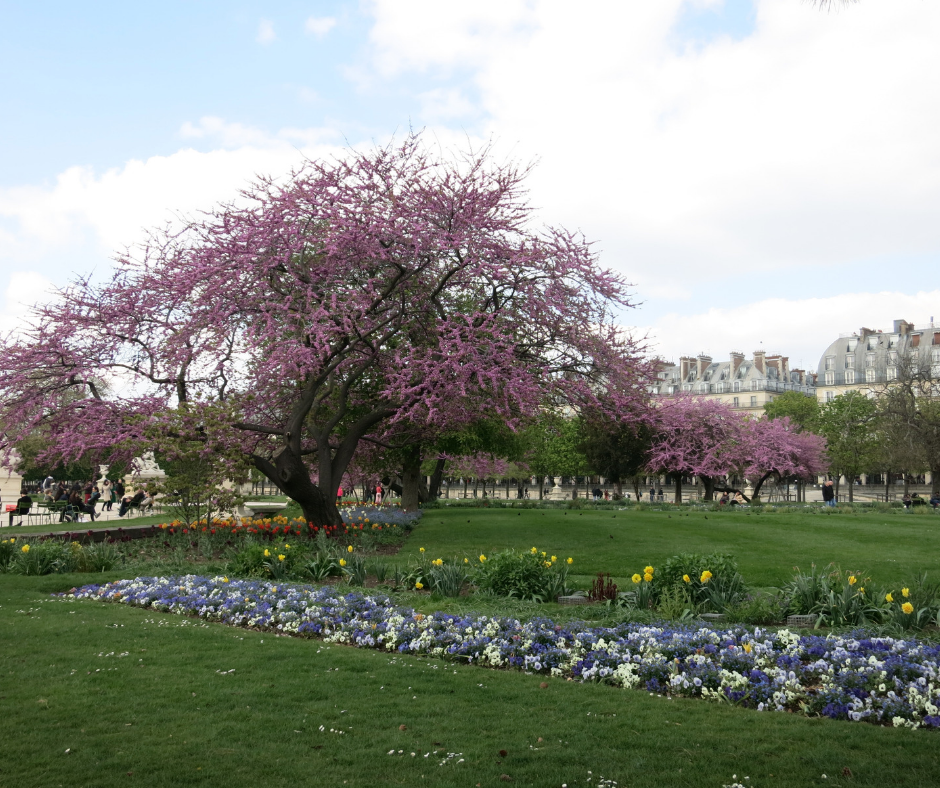 Want to know more about Montgenèvre and the luxury accommodation we have to offer? Our Director's choice residences are of a very high standard - the 4* Napoleon is right in the heart of the resort at the foot of the slopes and 4* Chalet des Dolines is only 150m from the Chavlet cable car!  Both residences have wonderful facilities, such as indoor heated pool, wellness area and spa! 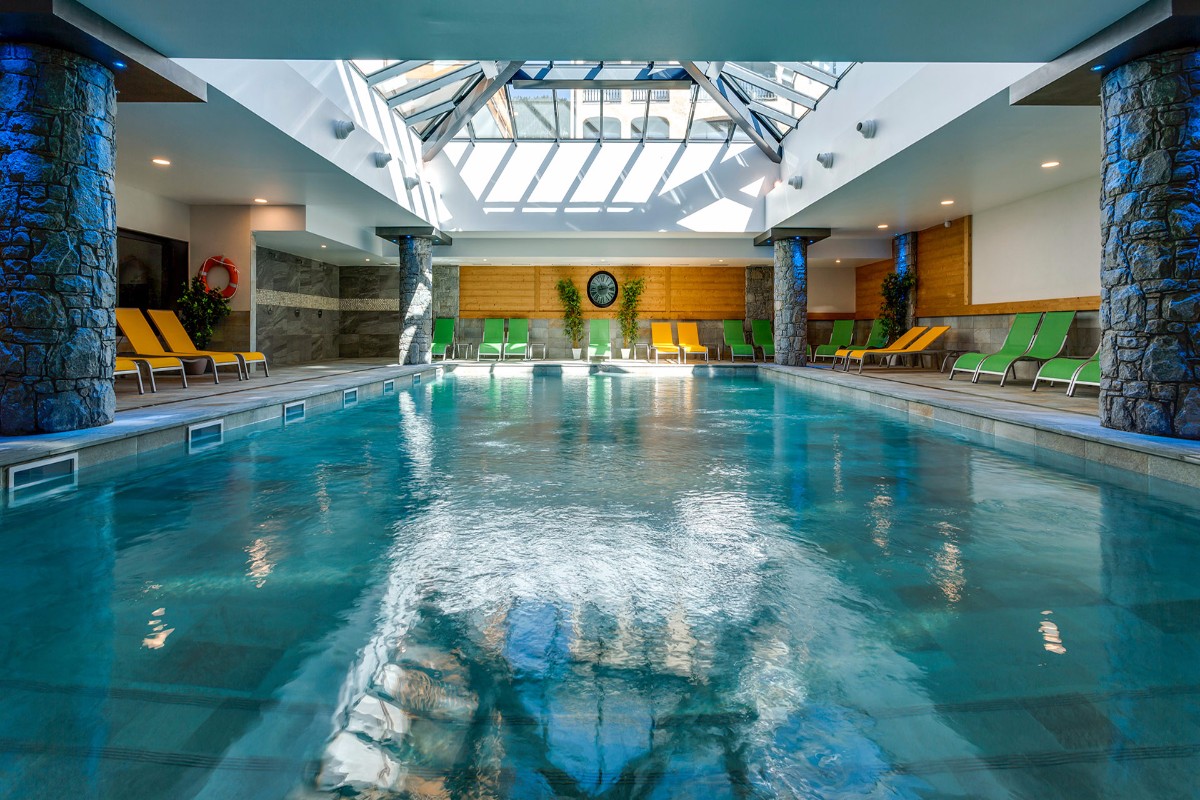 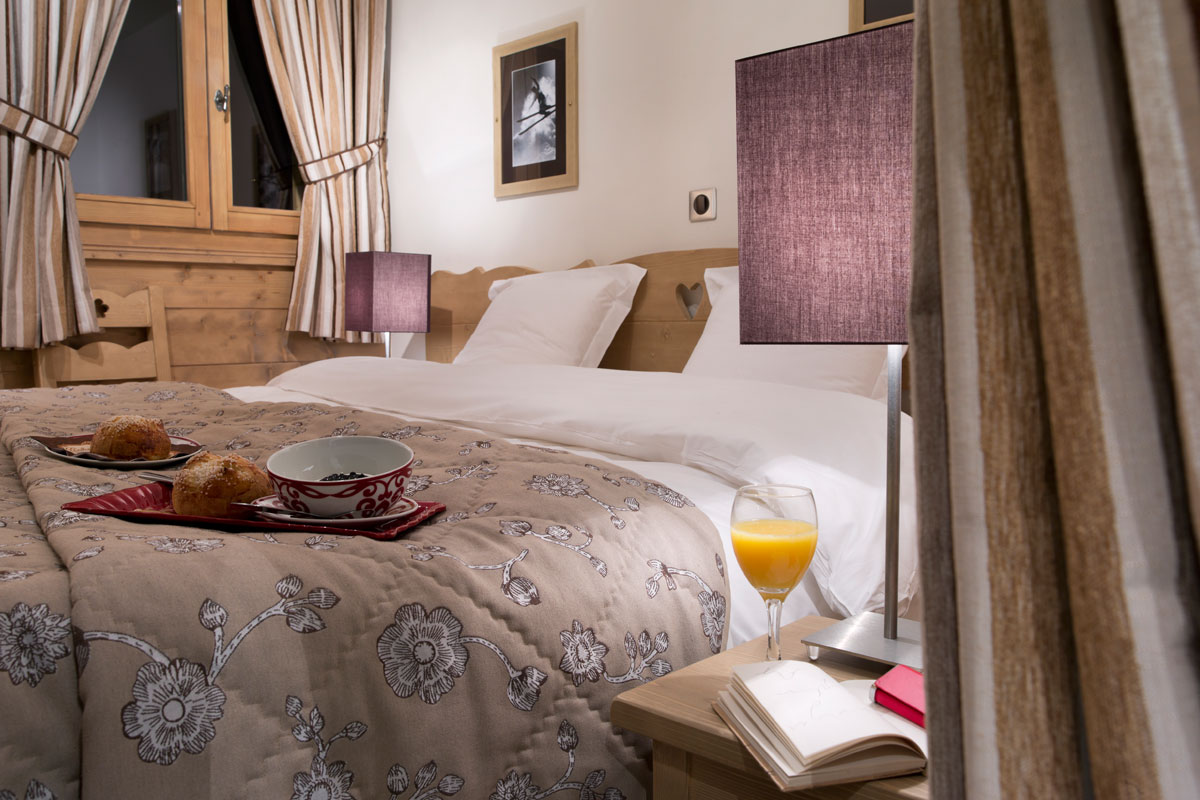 Ready to book your next mountain holiday? You can browse all of our resorts online while you're here, call us on 023 9283 9310 or request a quote and we will find you the perfect Alpine holiday! Don't forget to sign up to our newsletter to get all the latest news and deals.