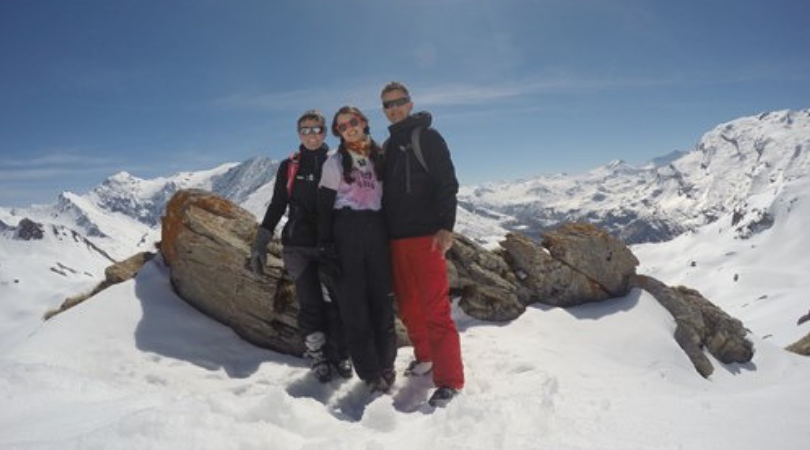 My family and I have been coming to Sainte Foy on and off for about 12 years. Our daughter learned to ski here and my wife and I just love the ski area and the fabulous location opposite Mont Pourri in the Tarentaise Valley. 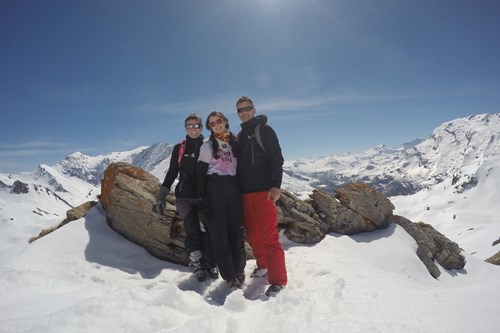 Before we discovered Sainte Foy we have been lucky enough to ski at some amazing resorts in France, Switzerland, Canada and Italy. We first heard of Sainte Foy whilst on a trip to Val d’Isère from the chap who set up the legendary ‘Dick’s Tea Bar’. He’d spent the day in Sainte Foy and only seen a couple of people on the slopes and had the mountain to himself. So when we wanted to introduce our daughter to skiing it seemed like the ideal place.

When you look at the piste map for Sainte Foy it doesn’t stack up against the big super resorts nearby, but don’t let that put you off. There are no lift queues even during the school holidays, which is when we have been in recent years.

It’s a great place for kids to learn to ski whilst their parents enjoy the empty pistes and the great off-piste freeride areas that are marked and not groomed.

We had a little bit of fresh powder to ski on at the beginning of the week and went straight to the top of the Marquise lift, turned left and made the short traverse to a huge open snowfield that was great to make fresh tracks through the powder. 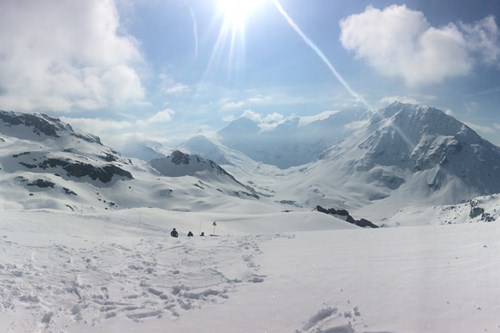 Take the lift to the high point of the resort at the Col de l’Aiguille and there’s a great red which is uncrowded and very enjoyable to ski down at your own pace. Near the top, there is the black Crystal Dark run one of three marked off-piste runs. We have skied this before and it is one of the best runs in the resort.

Of course one of the advantages of staying in Sainte Foy is its proximity to some other amazing resorts. We popped the skis in the car and drove up the road to Val d’Isère (20 minutes away) and spent the day skiing there. 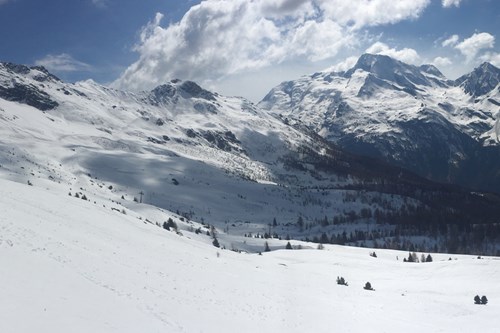 Getting back to the slopes in Sainte Foy the next day we really appreciated the empty slopes. The four lifts don’t look much on paper compared to the ‘Espace Killy’s’. We were using the Ski Tracks app on our phones to log our ski distance etc… and interestingly we had covered the same distance in Val d’Isère as we had been doing in Sainte Foy! Great when you consider that the lift pass is much more expensive in Val d’Isère!

After our final night in our accommodation, we packed the car for our return journey and went skiing for the day. Being changeover day it was very quiet on the slopes and we highly recommend doing this as you miss all the traffic when finally leaving and driving down the mountain.

Written by our client Jason.