Coronavirus | Covid-19 - find out more about the benefits of our flexibility pledge so that you can book now with confidence for 2020/21 skiing. ABTA protection applies. 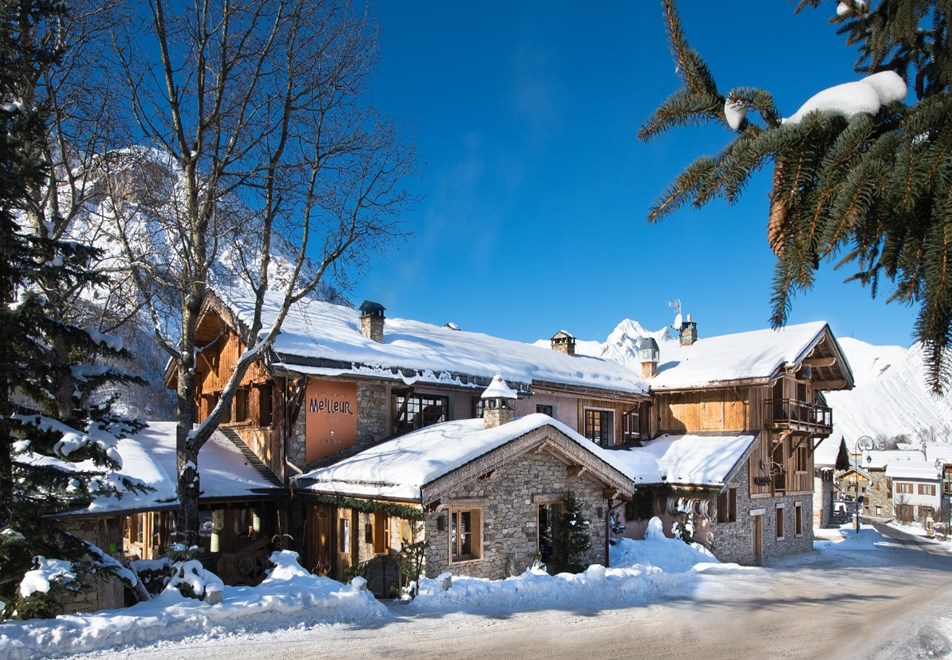 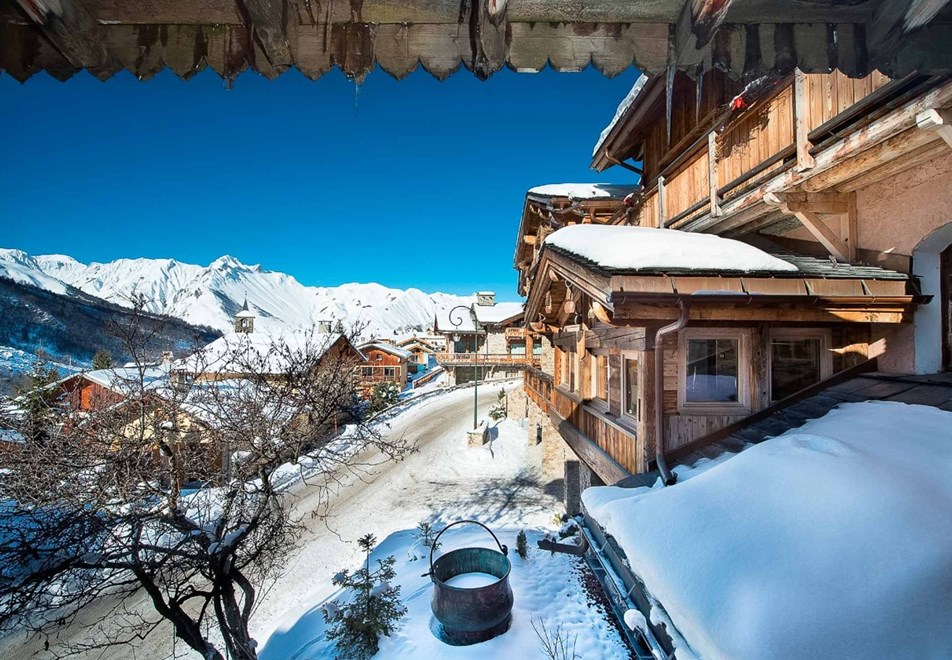 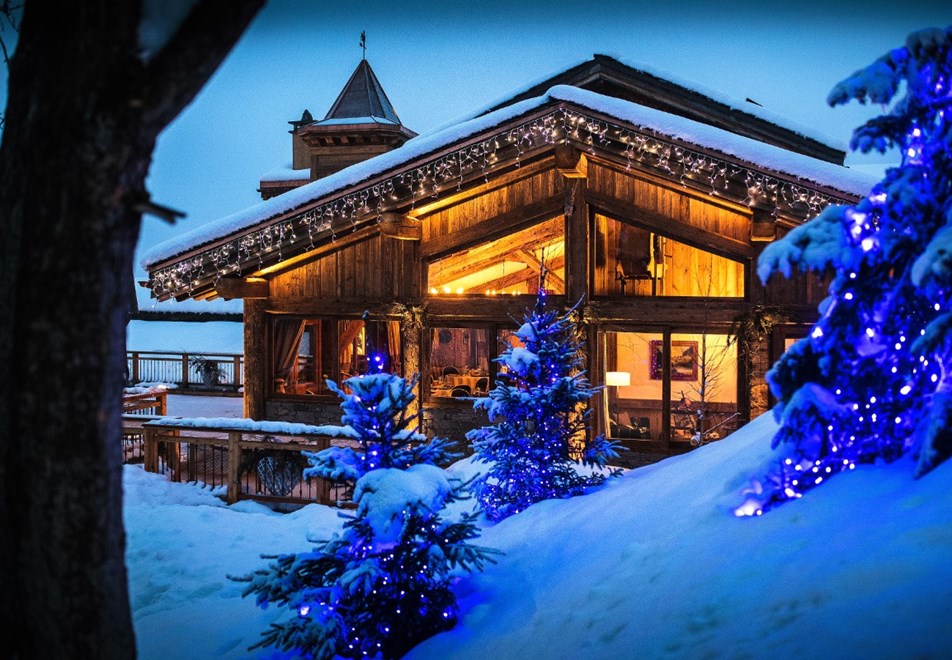 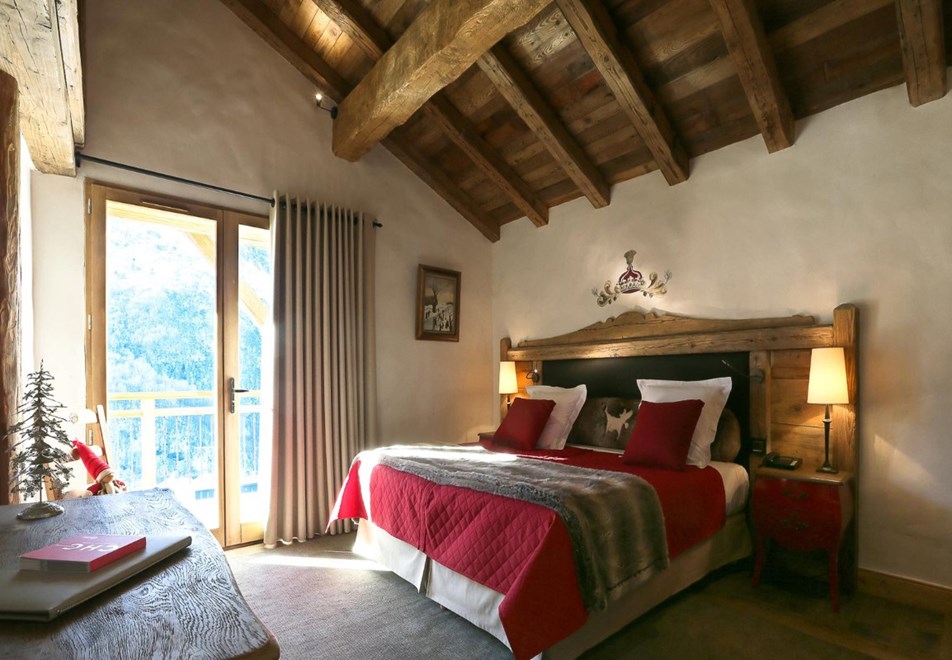 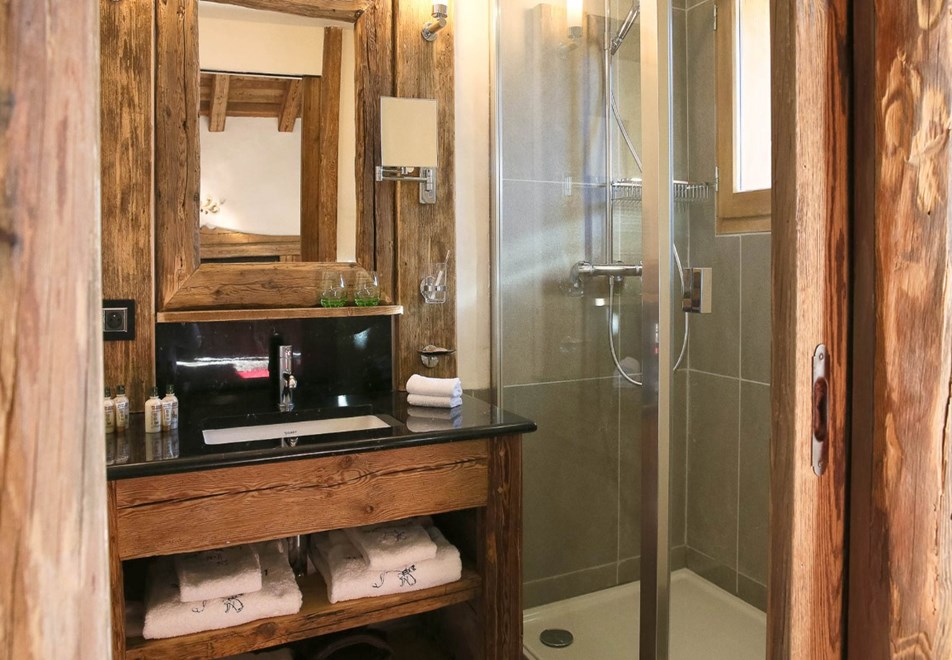 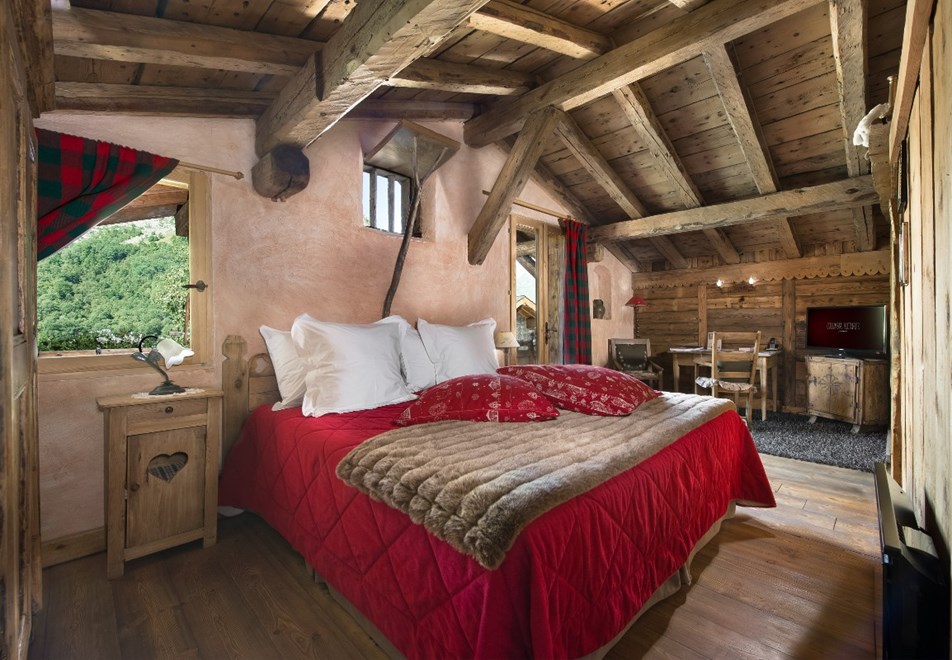 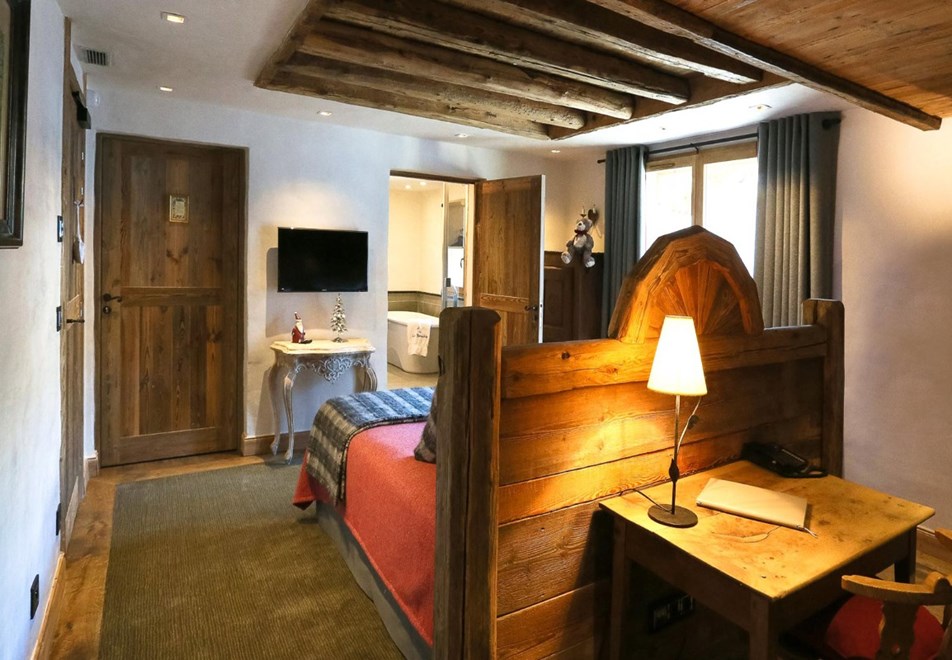 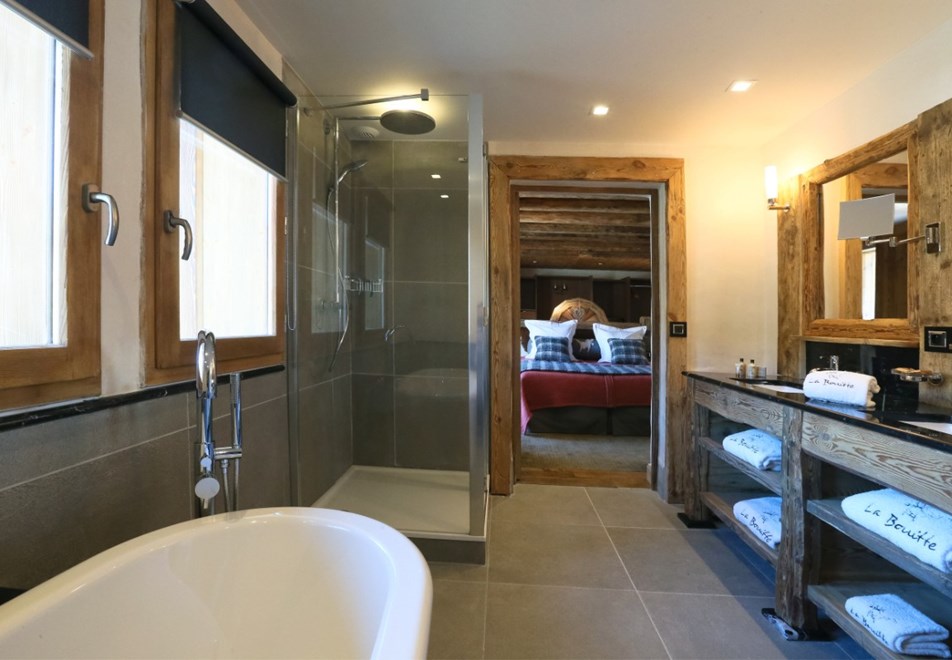 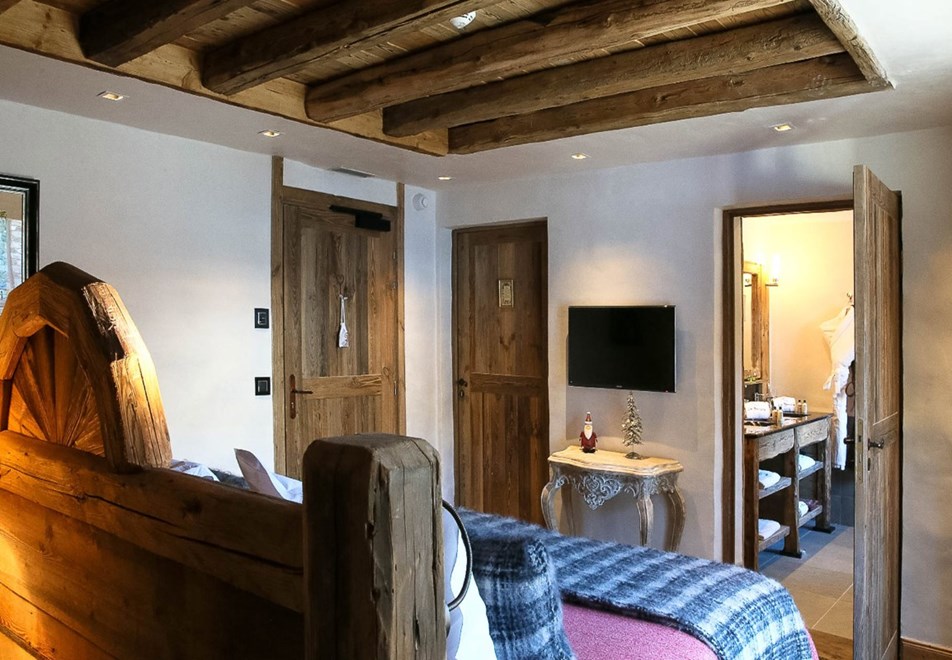 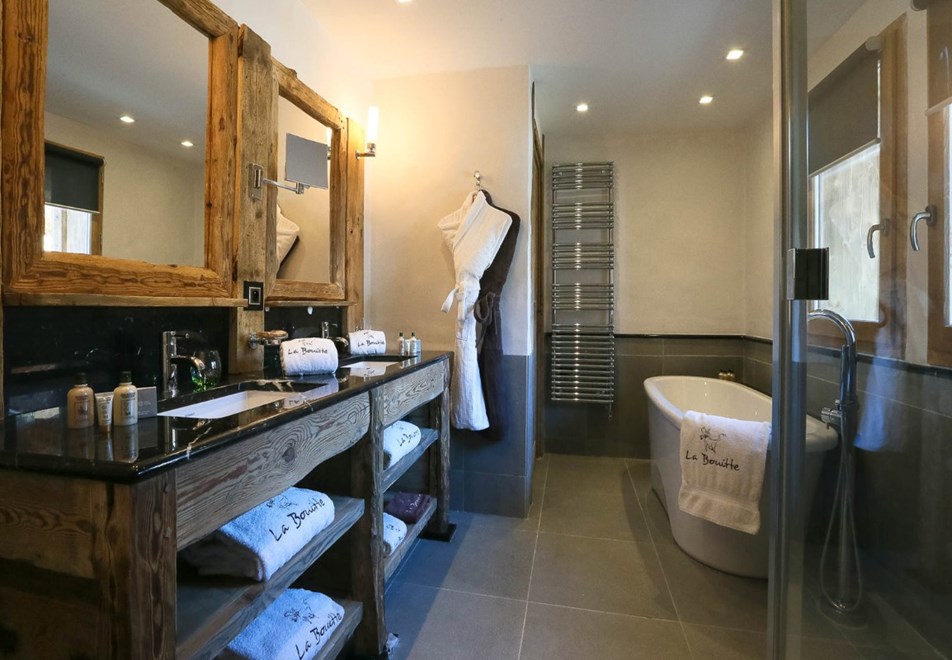 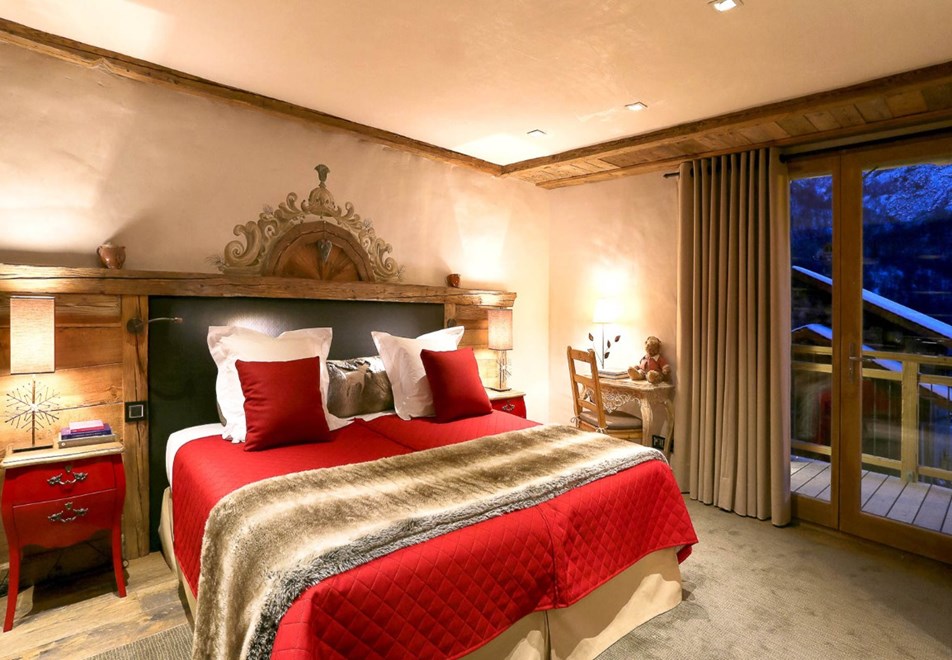 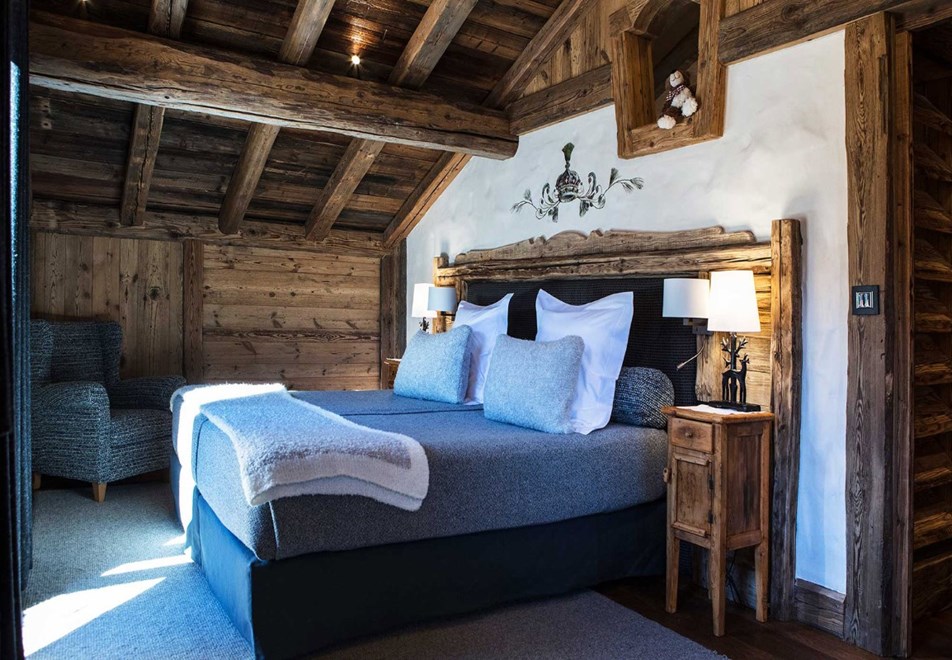 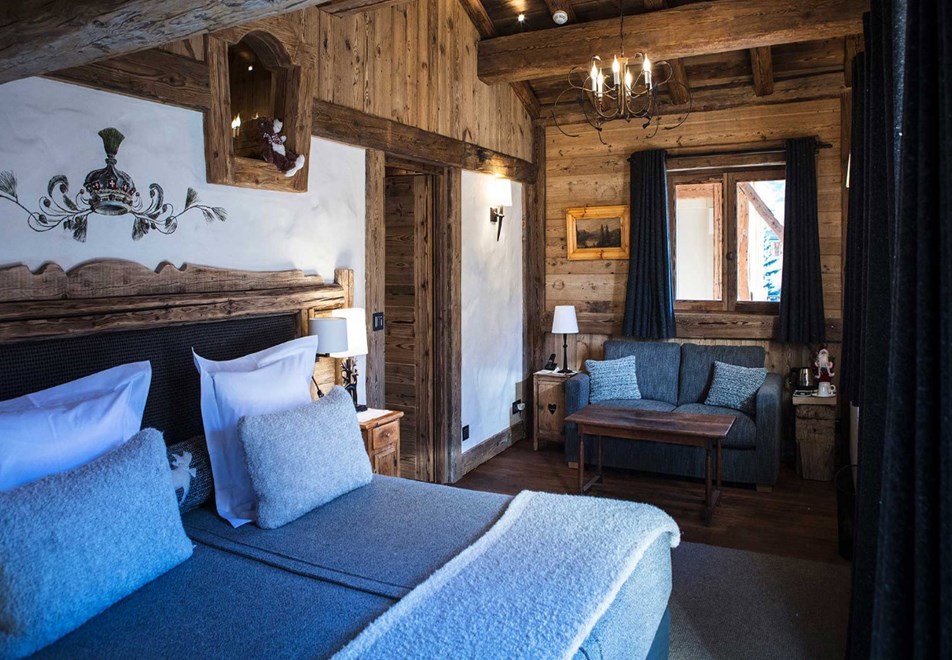 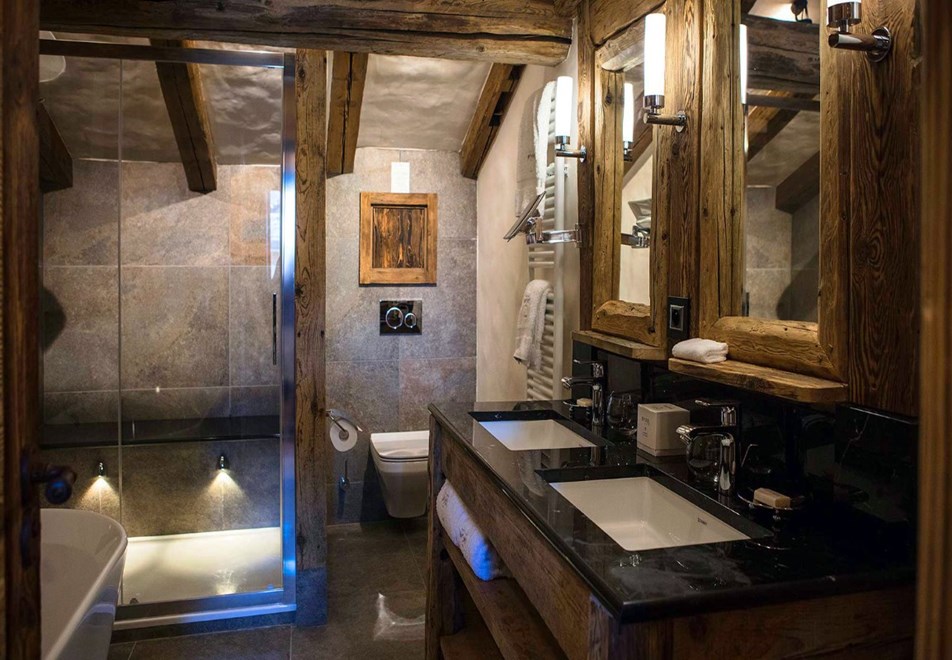 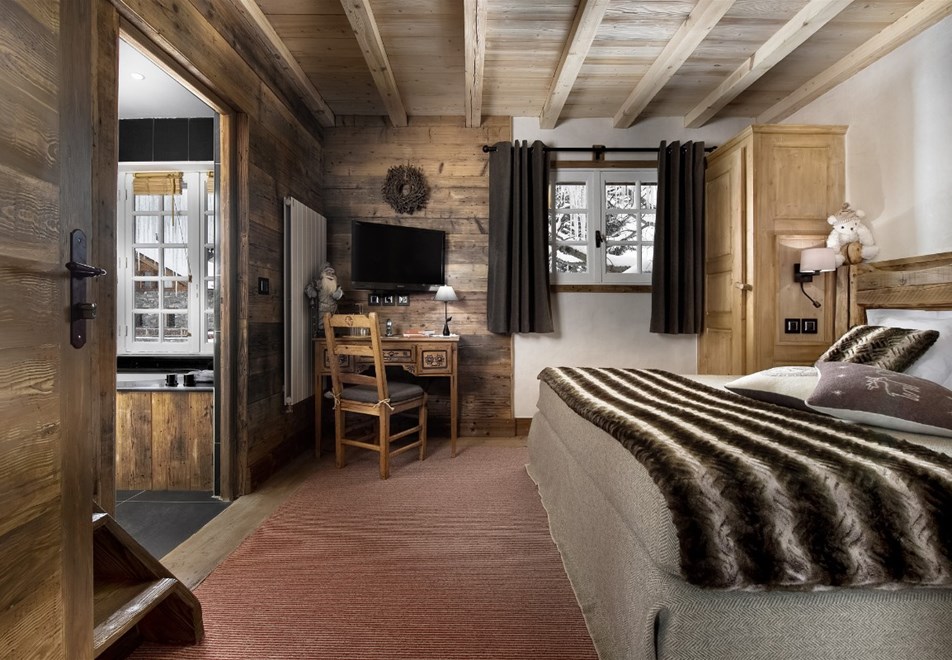 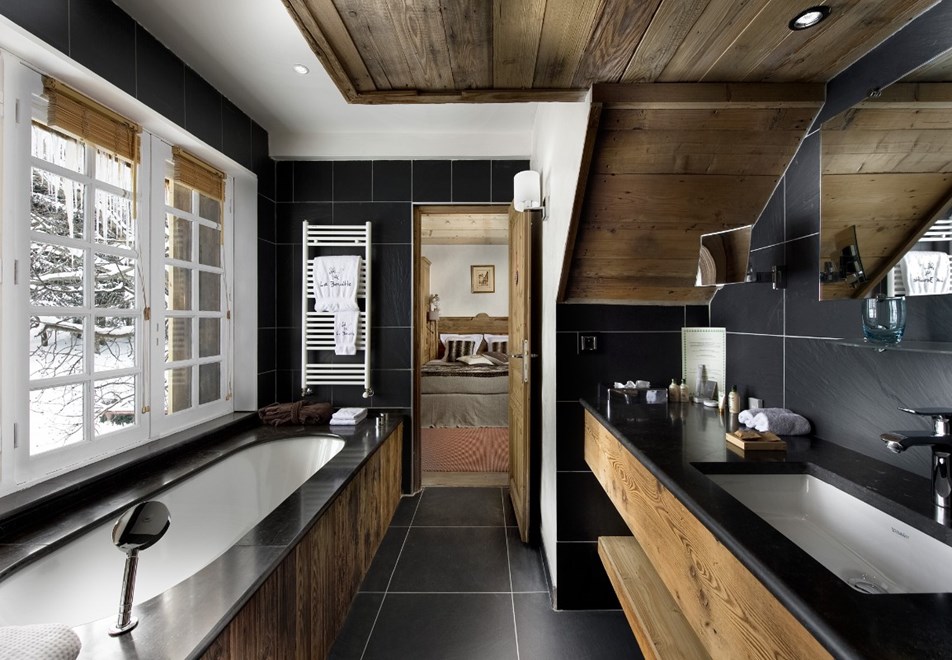 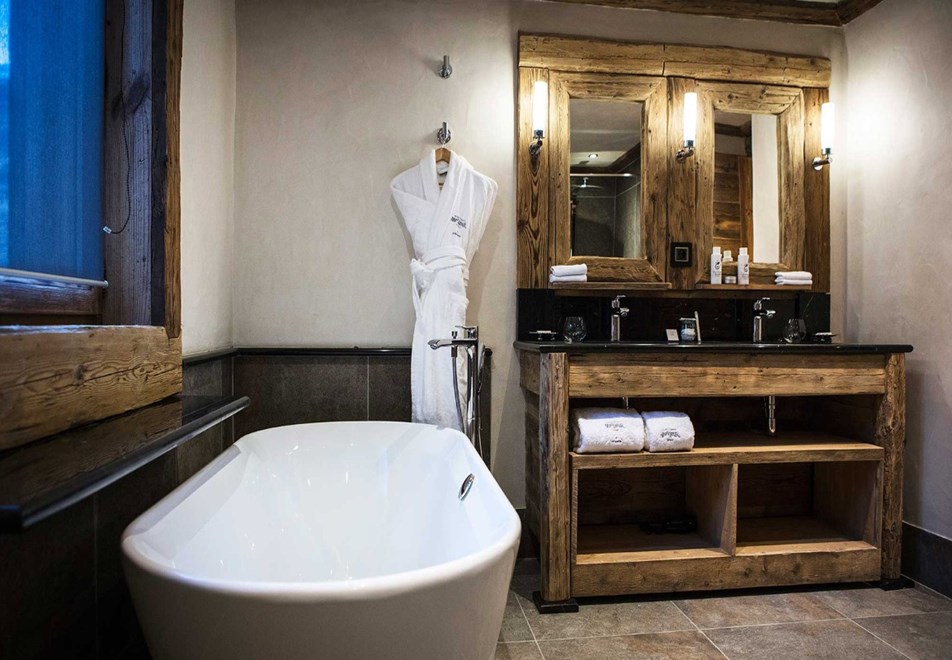 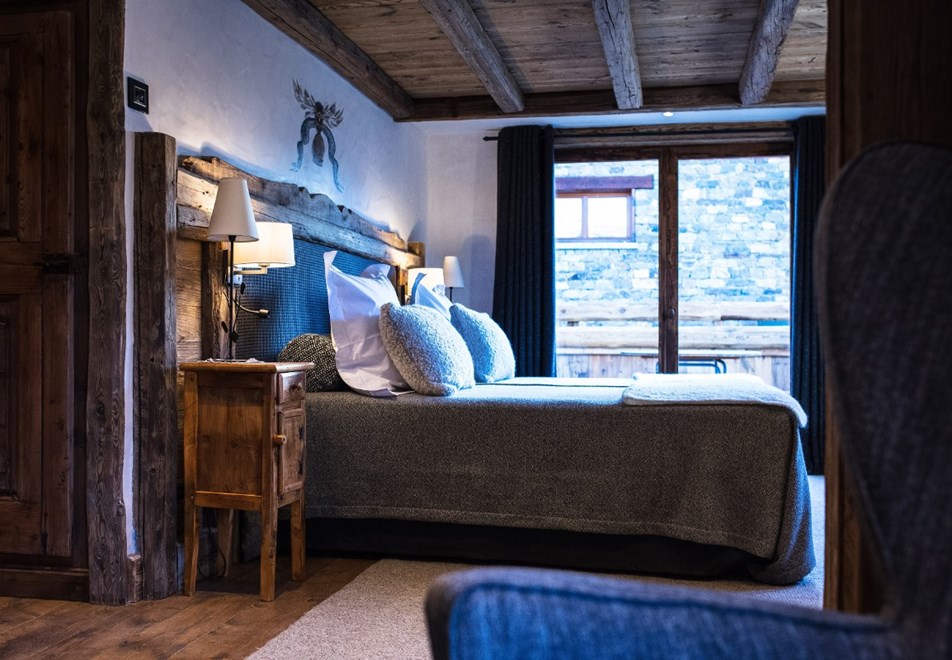 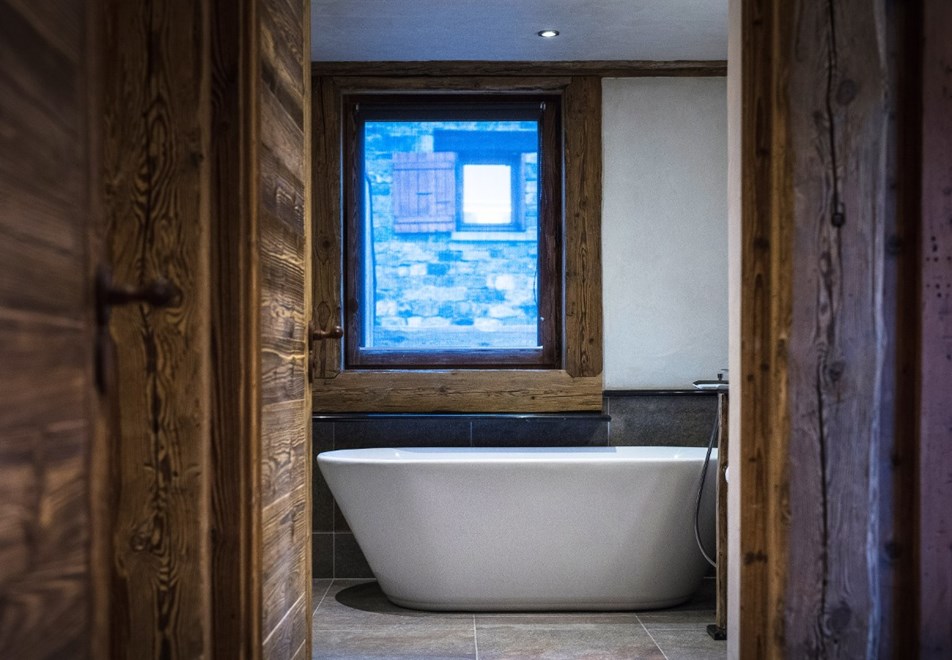 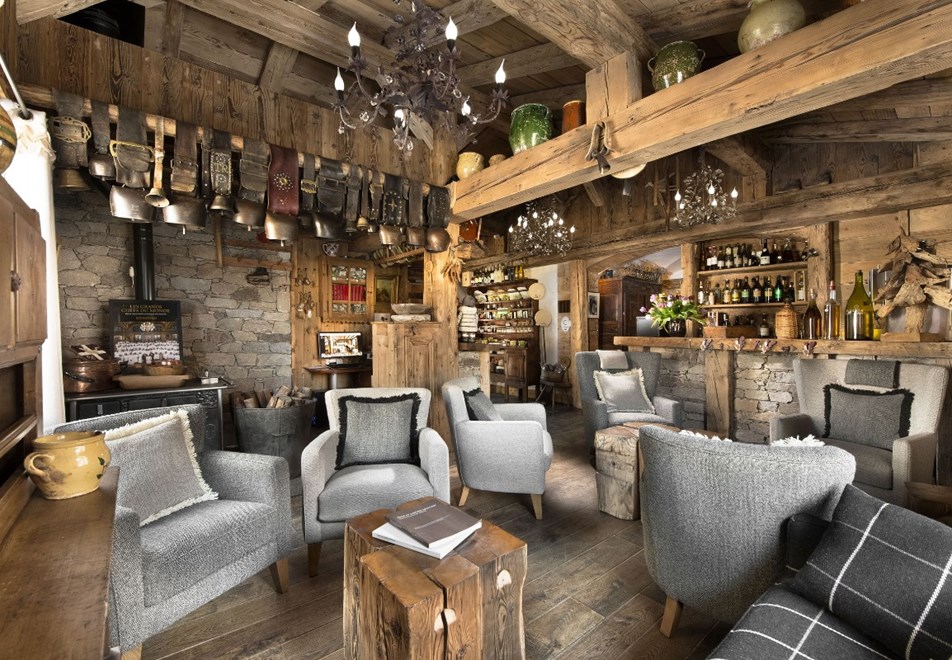 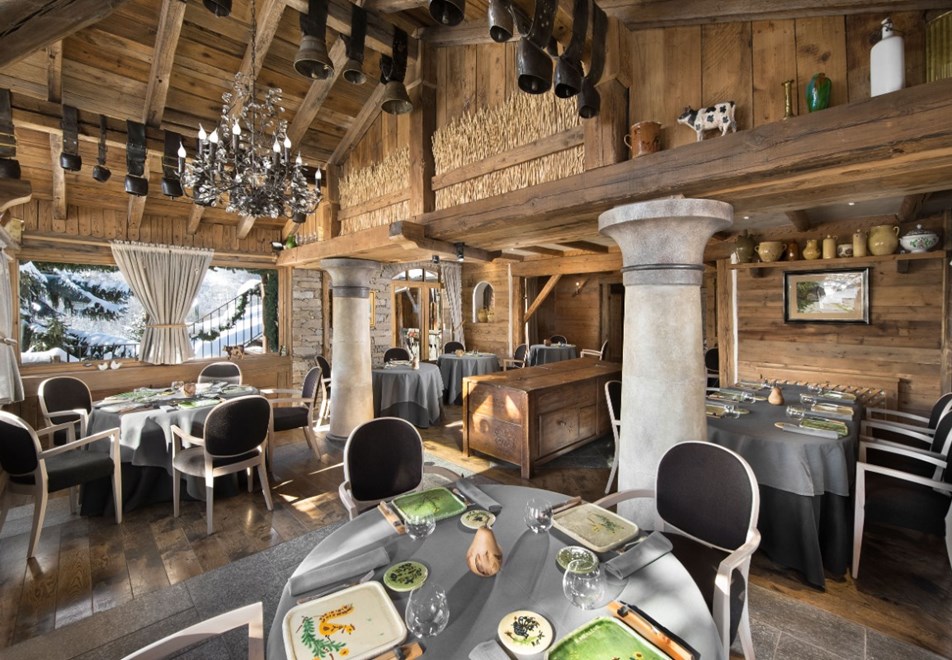 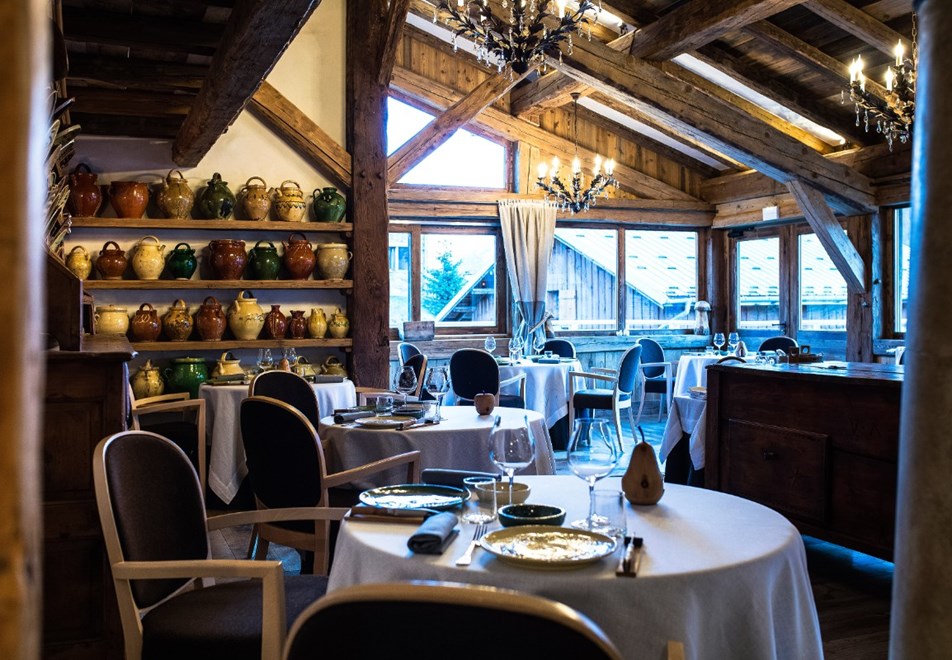 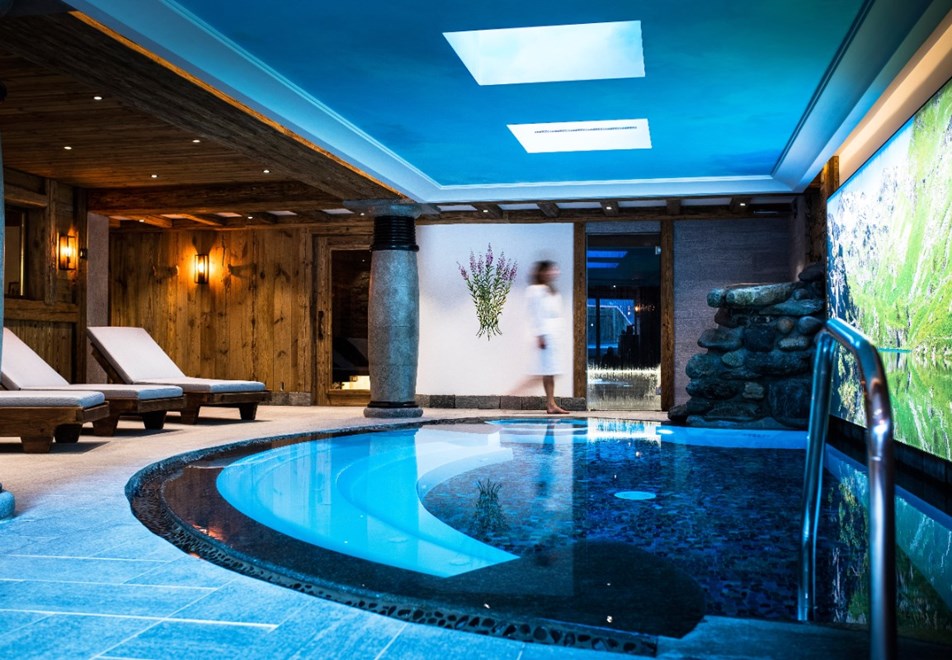 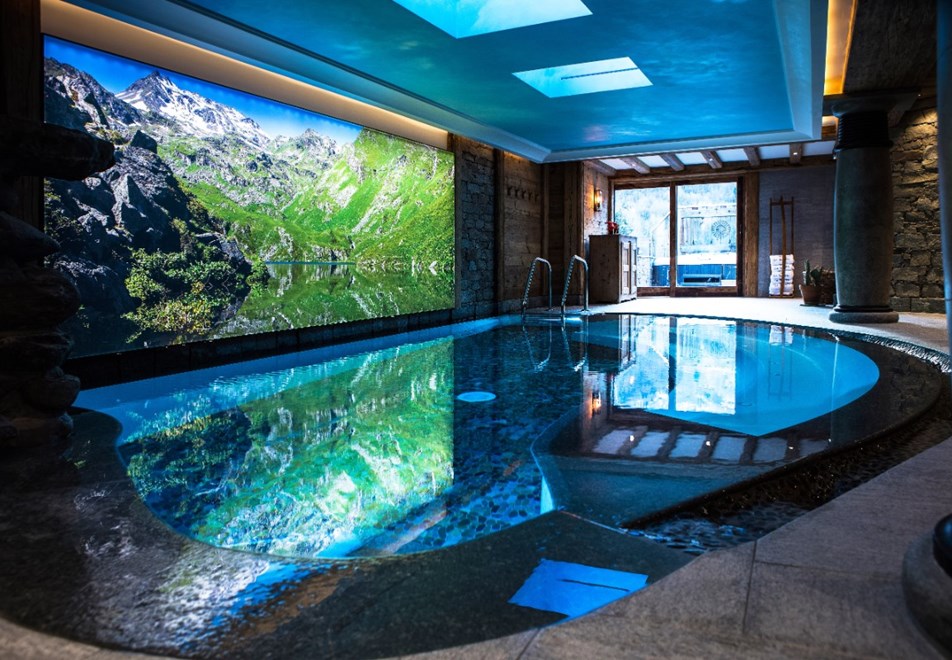 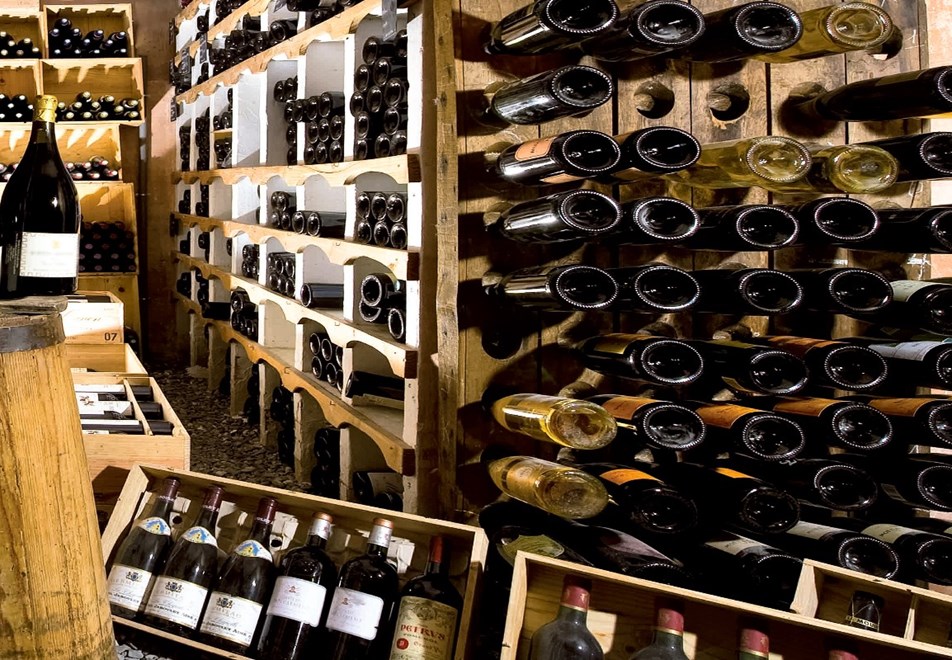 Pre-Bookable Extras
You are here:

Share on:
In a few words... This outstanding hotel enjoys an idyllic rural location in the hamlet of Saint Marcel, just 1km from the centre of the village of St Martin de Belleville. La Bouitte fully deserves its hard earned reputation as one of the most welcoming, convivial places to stay in the French Alps.

La Bouitte (meaning “little house” in the local dialect), started from humble beginnings, being built in the mid-70s by René and Marie-Louis Meilleur as a mountain restaurant catering for skiers and serving hearty local fare such as fondue and raclette. The establishment’s development began in 1984, with the creation of St Martin de Belleville as a ski resort, culminating in the restaurant being awarded its third Michelin star in 2015.

This is truly a family-owned and managed concern: René is now joined in the kitchen by his son Maxime, whose wife Delphine also assists in managing the hotel. In 2005, the small Bela Vya spa was opened, offering traditional Savoyard wellness treatments, inspired by nature, and where guests discover the exclusive Meilleur Nature range of products, made with extract of local alpine plants.

Possibly the most celebrated of La Bouitte’s qualities is its restaurant, with its beautiful traditional Savoyard décor, its welcoming, warm atmosphere (without the preciousness sometimes found in high-end restaurants), and its renowned cuisine, which often uses everyday ingredients and elevates them with a theatrical twist. There is a good selection of set menus and à la carte dishes; the wine list is exceptional.

La Bouitte offers 15 chalet-style rooms and suites, each bearing a girl’s name; all are very comfortable and individually decorated in traditional rustic-chic Savoyard style with wooden floors and chunky furniture, but with a distinct feminine feel; all are beautifully appointed and offer all contemporary amenities, such as flat-screen satellite TV, telephone, safe, minibar and free wifi.

All rooms and suites have en-suite bath or shower room with WC; most have balcony or terrace. The suites have a lounge, except for the Lucie suite (for 2-4 guests).

Chalet de Sophie: for 2-4 guests. Bedroom with king size bed convertible to 2 singles and a double sofa bed in the lounge area

Luxury Suite: for 2-4 guests. Bedroom with double bed convertible to 2 singles; double sofa bed; lounge with fireplace. The 'Augustine' has a bathroom and an additional shower room

Our prices for 20/21 will be available online soon. In the meantime, you can register your interest in this property, ensuring that we contact you first when prices are available, by giving one of our Ski specialists a call on 023 9283 9310, emailing reservations@peakretreats.co.uk or by clicking on Request a Quote below.

Accommodation on a bed and breakfast basis.

Price is unless specified, per person, per week, in £s Sterling, including a Standard Eurotunnel crossing from Folkestone to Calais with a car with Free FlexiPlus upgrade on selected dates on a half board basis. A supplement will apply for travel on certain peak dates. Other routes and operators available (including P&O routes from Hull to Zeebrugge or Rotterdam plus Brittany Ferries route from Portsmouth to Caen).

In a few words... The 4* residence Les Chalets du Gypse in St Martin de Belleville is ideally located right on the slopes with a wonderful view over Saint Martin de Belleville. The 30 luxury apartments have superb facilities including indoor pool, hot tub, sauna and steam room.

The excellent Hotel Saint Martin owned and very professionally managed by the friendly Olive family, enjoys one of the most convenient and quiet locations at the top of the resort, piste-side on the Biolley run, just 50m from the lift and ski school meeting point and yet convenient for the resort’s facilities.

In a few words... This south-facing complex of 34 luxury chalets/apartments, which opened for Christmas 2018, is in an excellent location, just 50m from the gondola and ski school meeting point, and 300m from the resort centre. These beautiful appointed spacious chalets and apartments all have either a wood burner or open fire and self-catered chalets have a private sauna.

In a few words... these über-stylish chalets and chalet apartments are beautifully decorated in a contemporary style. All bedrooms are ensuite and both chalets have their own sauna. The resort centre is 300m away and a private shuttle bus service is available to access this and the lifts.

This high quality, recently-built chalet is conveniently situated in a quiet neighbourhood on the edge of St Martin de Belleville. Located next to Chalet Violet, just 100m and over the road from the gondola linking to the 3 Valleys, and from the ski school meeting point and the children's Les Piou Piou nursery.

This high quality, recently built chalet is conveniently situated in a quiet neighbourhood on the edge of St Martin de Belleville. Located next to Chalet Rose, just 100m and over the road from the gondola linking to the 3 Valleys, and from the ski school meeting point and the children's Piou Piou nursery.

Chalet Lou enjoys a quiet location in the charming, authentically Savoyard hamlet of St Marcel, just 1km from neighbouring St Martin de Belleville, 1.5km from the lifts and ski school and 900m from the nearest piste; the shuttle bus linking with St Martin is just 150m from the chalet.

Half Board Chalet Sleeps 1 - 10 Luxury

Le Chalet Martine enjoys a convenient, yet quiet location just 300m from the lift and ski school meeting point in St Martin de Belleville, and is within just a 3 min walk of the village centre. A private shuttle service to the slopes is available. Totally refurbished to a very high standard in 2015, and offering a wide range of facilities and inclusions, as well as the finest cuisine prepared by a professional French chef, this spacious luxury chalet offers the last word in catered chalet holidays.

In a few words... This charming 3* hotel, renovated for 2020, is in a great location at the bottom of the slopes, a stone's throw from the lift pass office, ski school and ski hire. Rooms have great views of the slopes and mountains. As well as a cosy restaurant, there's a sunny terrace.

Located in the small and pretty hamlet of Saint Marcel, just 1km above St Martin, the Chalets Saint-Marcel is a group of four recently built detached and semi-detached wood and stone luxury chalets. 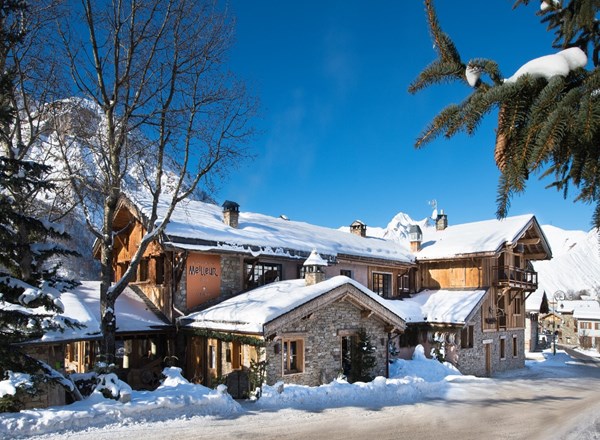 La Bouitte in St Martin de Belleville
Searching for your perfect ski holiday
Secure online booking with total financial protection
This website uses cookies to ensure you get the best experience while browsing. By continuing to browse our website, you consent to cookies being stored on your computer.
Find out more about cookies and our privacy policy Close
Subscribe to the Peak Retreats newsletter!
Sign up to our newsletter and we'll keep you up to date with our latest news, the best offers, deals on ski extras like lift passes, competitions and other exciting little extras!
Added to shortlist!