'Behind The Scenes' At Eurotunnel 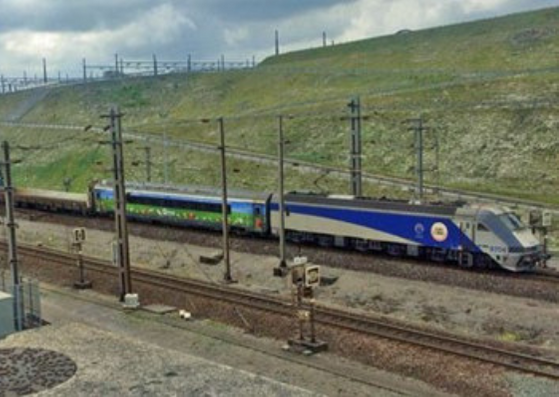 Amid all of the security concerns and incidents involving ferry worker's strike action surrounding Eurotunnel's terminals & Calais this week, we were treated to a sublime 'behind the scenes tour' of their operations. Those of us who were lucky enough to go on the tour really appreciated the invite from Eurotunnel!

It was staggering to see all of the events unfolding across various news and social media, however, if it had not been for mobile phones and the great communication from the tour leaders we would never have realised, everything was running like clockwork - we feel this is a true testament to their ability to control and react to potential security threats! 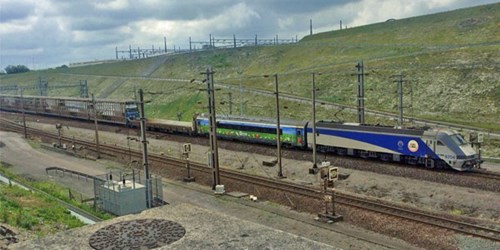 As self drive specialists, we work closely with Eurotunnel, offering their best passenger package, FlexiPlus, as standard to almost all of our clients travelling at winter. A select few of us were invited down for the chance to experience a first hand glimpse of what happens 'behind the scenes' on both sides of the Channel, from the customer facing terminal, to the service tunnels that run along the main tunnels. This experience is also a great chance to see our client's process through from UK to France, enabling us to offer a more detailed service, one which we appreciate a lot!

We were taken on a tour of the Folkestone site, which gave us a chance to feel like one of our clients, about to go on holiday! We were very impressed with all aspects of service from the staff at the terminal, whether that be initial check-ins or the terminal building itself. Luckily enough, as part of the 'behind the scenes tour' we even got to visit the control centres, FlexiPlus lounge, training centres as well as the service tunnel! 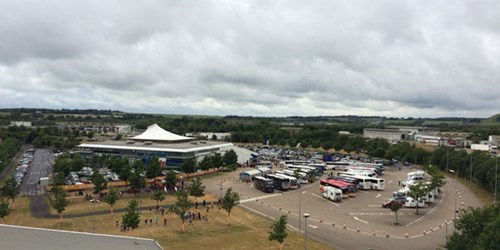 The whole operation is immensely organised and controlled by an experienced team. They are responsible for ensuring the seamless transit of passengers on a daily basis. Great communication, planning and teamwork show, as the Folkestone terminal deals with thousands of travellers a day! 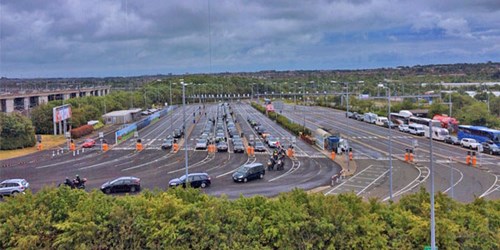 FlexiPlus is a big draw for our clients. They love the priority boarding & disembarking as well as the delights of flexible travel times - less stressful holiday travelling, no need to panic! Once you have travelled Flexi, you won't travel standard again. 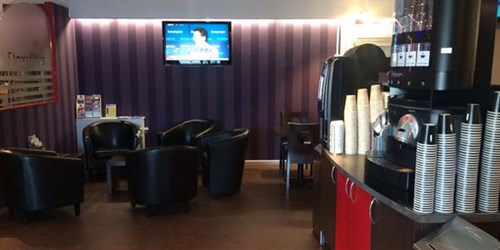 Vehicles under 1.85m (with or without roof boxes) are able to take full advantage of the FlexiPlus lounge. Here, friendly faces greet you, offering complementary snacks, lunch bags for adults and children, and coffee. It's also a great place to relax before the journey, if you need a little break! AA road packs and car accessories are available to be purchased at the FlexiPlus lounge, meaning you will be able to be safe when driving through France (don't forget your free GB sticker!). 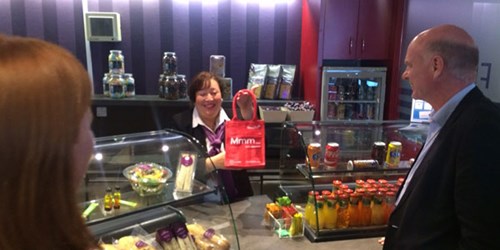 Currently, cars over 1.85m aren't able to access the FlexiPlus lounge, although they still take advantage of the priority boarding and disembarking. Plans are in place, however, to come up with a new FlexiPlus lounge, which can be accessed by all Flexi customers...more news as it's available!

Something we could take for granted is the time, effort and quality of training, gone into each of the employees working on the Eurotunnel. Eurotunnel themselves admit that they will only accept the best from their workers, as they strive to provide continuous world-class service. Vicki was lucky enough to try her hand at driving the train simulator (she's a natural!). 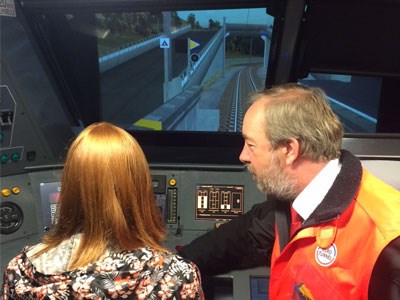 Part of this high quality service is down to Cliff Taylor and the facilities in place at the Folkestone site! They have re-created full-size and lifelike training centres so their staff can feel comfortable and used to the situation when dealing with any event which requires a response. 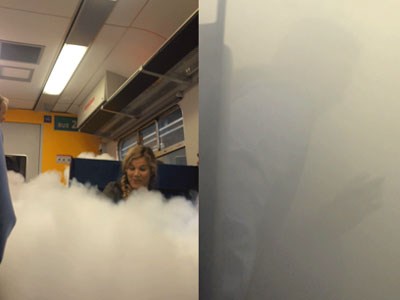 Particularly impressive was the fire/smoke training area for in cabin evacuations. Ines was put through her paces as she had to guide us all to safety, role-playing the situation. This seemed straightforward at first, until Cliff filled the cabin with harmless training smoke, which acts exactly as the real thing would... Ines did very well at getting us to safety! All joking aside, however, the level of training and the high standards Cliff looks for shine through as the workers are 100% ready to deal with any event, this shows when faced with the events of Tuesday!

Another bonus was going underground, into the service tunnel that runs alongside the main tunnels, all the way to France (50km!). It was great to experience them! The part of the tunnel where we stopped allowed us to see as far as possible into the distance down the straight part. It certainly is an experience to see it with the naked eye! 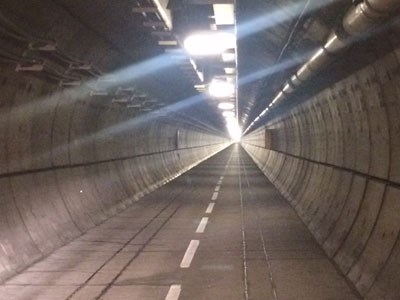 According to our guides, the service tunnel has been used for charity runs, road cycling by Chris Froome as well as in it's own TV show called The Tunnel!

After a very short train journey, we arrived in Coquelles, which is the location of the French terminal, just 5km from Calais. We were immediately taken by surprise by just how big the site was, roughly 4x Folkestone's size! 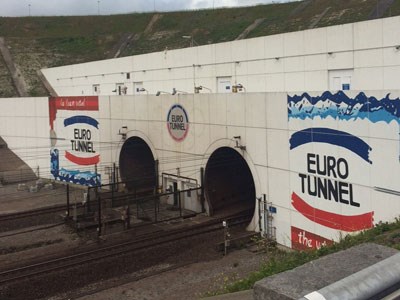 Here, there is easy access to the motorways that take you through France, as well as amenities such as the huge shopping centres such as Cite Europe. We visited the Pet Check-in Centre, which takes all kinds of animals, making sure they are fit to travel across. This can include horses, dogs and even ferrets. There will be an all new pet centre soon! 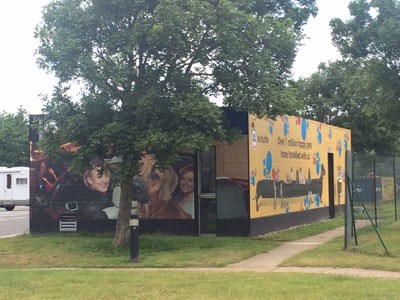 The terminal is also undergoing updates and renovations to both the terminal itself and the shops too. Once this is done, it will be an even better place to grab some food or buy some duty-free goods before heading back to the UK.

Overall, we thought the trip to Eurotunnel highlighted just how high the level of service is by all areas of the company! When you experience how easy it is to travel via Eurotunnel, it is hard to see why some people choose the fuss of flying! There is no excessive waiting, you are out and driving again in just 35mins and when you go Flexi, the little touches like the lunch bags make travelling with children that little bit easier! A big thank-you and a round of applause to all the Eurotunnel staff we encountered on the tour, we are so impressed and this gives further proof as to why our clients enjoy travelling through the Tunnel!