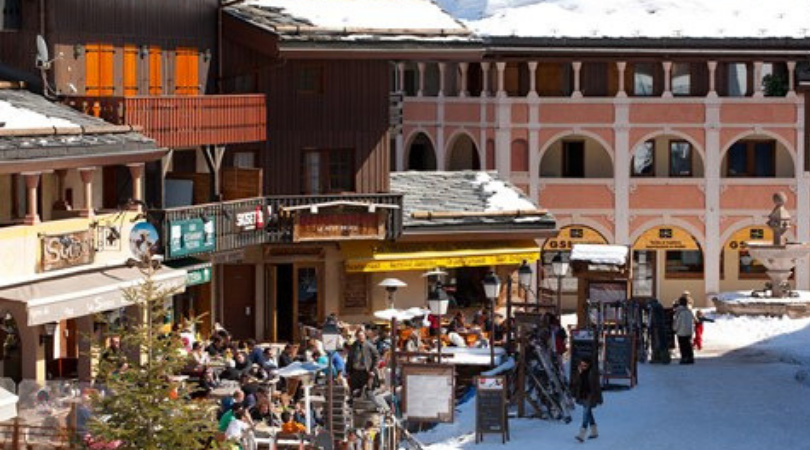 As a journalist, Arnie Wilson has been lucky enough to combine his two pet interests: skiing and showbiz. So while on the slopes he’s met, had lunch with or even skied with a dazzling array of famous people, including a former US president, a couple of royals, international stars of screen, stage, TV and pop music, and celebrities from all walks of life. Although not all of them have skied that much, we thought it would be fun for Arnie to guide seven of his celebrity acquaintances to seven of our top French resorts. Here’s his verdict... 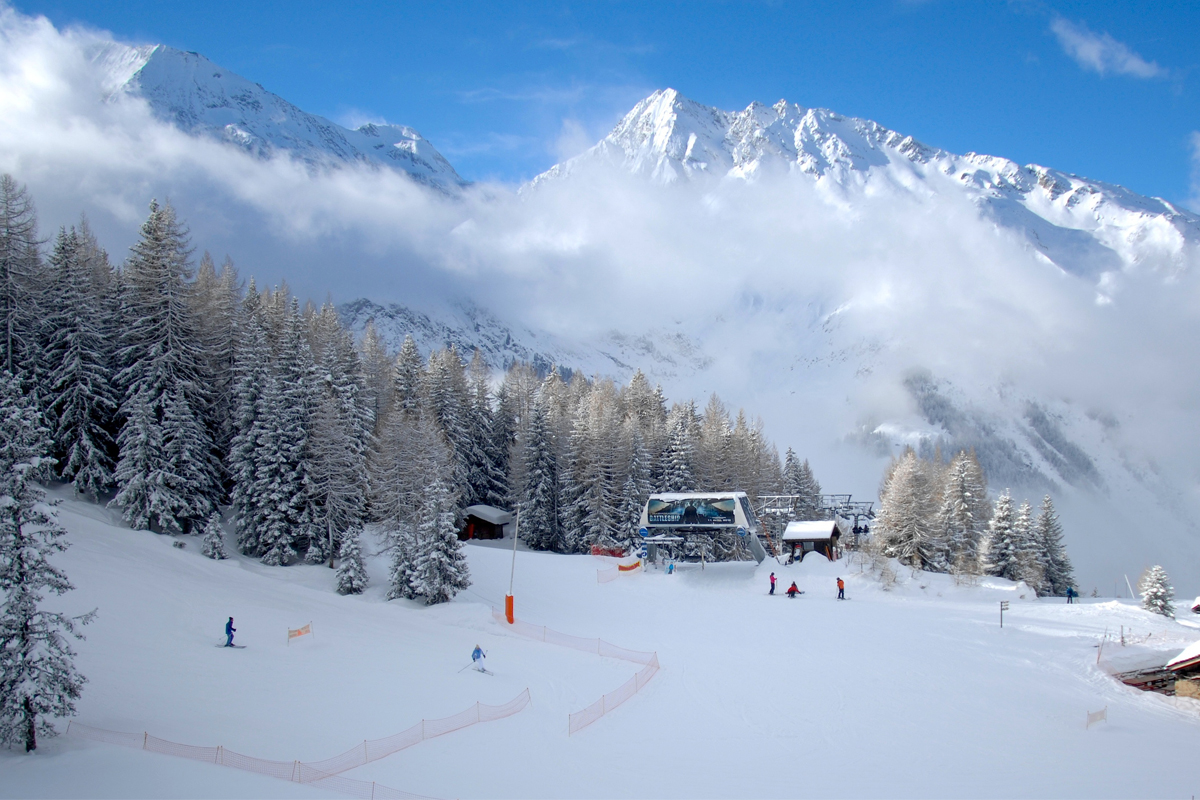 I haven’t seen my old chum Joanna Lumley for years but she did actually once come to tea with my daughters when she and I were living not far from each other in Kent. I think Joanna would adore Sainte Foy. She’d probably say: “Darlings, I’ve just discovered the most beautiful little bijou ski resort.” But of course the skiing itself is quite extensive.

The Foy in Sainte Foy is pronounced like “quoi” – you know, the French word for "what". It’s just half an hour or so from Val d’Isère - but much less well-known. And to be honest a little more exclusive. It’s quaint, picturesque, characterful and (if you want it to be) challenging, with wonderful tree skiing and if you need extra excitement you can heliski just across the border in Italy and then ski back to base.

But I somehow think Joanna would be just content to cruise around gently and enjoy the mountain restaurants and bars – on the slopes and off. The local cuisine is divine. “In fact, Sainte Foy is absolutely fabulous!” Well, she probably would say that wouldn’t she!

I must be honest here – although I have had the good fortune to interview Paul twice (once on TV) I know very little about his skiing skills except those he acquired when he and the rest of the Beatles were filming Help!

But it seems that baptême de neige wasn’t wasted because only three years ago he was out on the slopes of Megève with a ski instructor looking pretty professional, by all accounts. So I think Val Cenis, in the Haute Maurienne Vanoise, with its three linked resorts, plus some great restaurants would certainly give him a magical mystery tour! 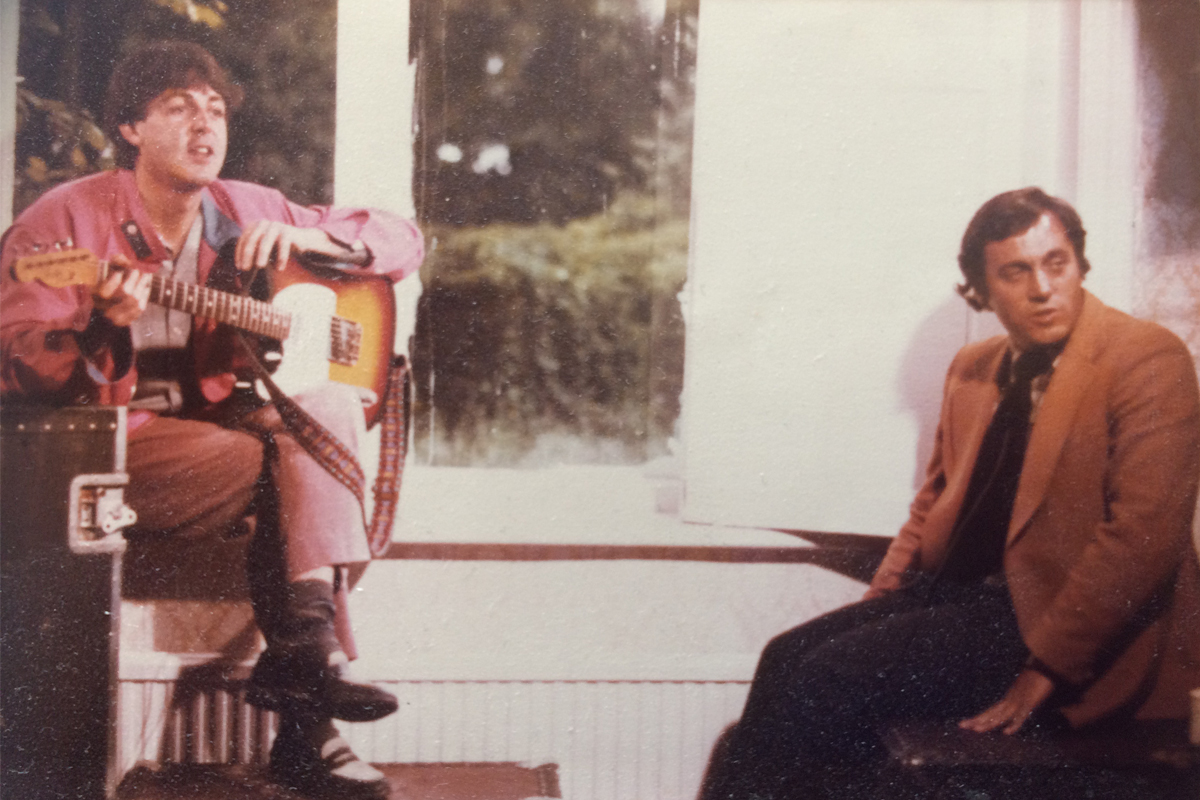 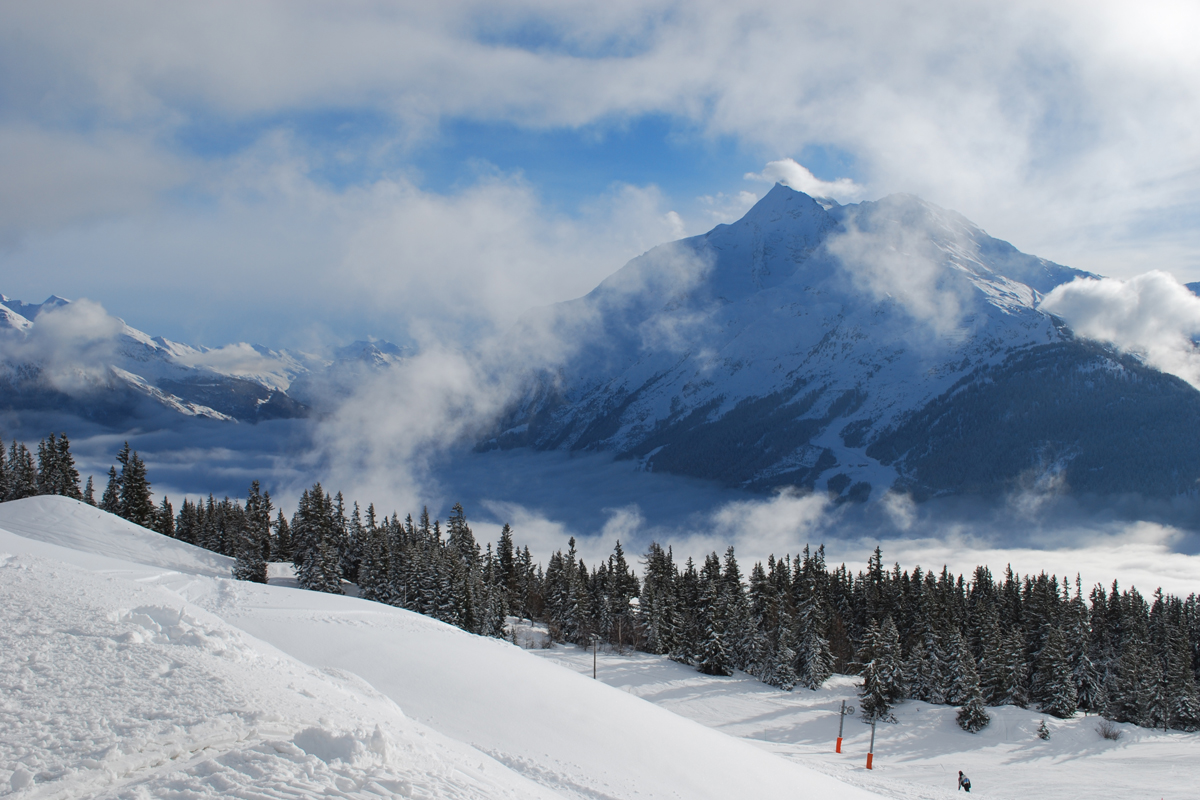 Well Clint is not a youngster any more (though I heard great things about his skiing from others when I bumped into him in Sun Valley). In fact the word was that he was a better heliskier than Schwarzenegger. We only had lunch together, and he very kindly wrote the introduction to a ski book of mine.

So why La Rosière? Well, there’s a huge variety of skiing there, especially when linked with La Thuile, across the border with Italy. I feel the good choice of restaurants and contrasting styles of cuisine on both sides of the border would suit Clint for the long lunches I know he enjoys! And if he were to feel adventurous, he could heliski from La Thuile too – and enjoy the powder!

I’ve skied with Heston three times and rather like Damon Hill he seems to get better every time. I think Heston would thrive in Montgenèvre - not only on the skiing but on the cuisine available in a huge variety of excellent restaurants along the celebrated Italian Milky Way resorts which link here - including Sansicario, Sestriere and Sauze d’Oulx.

Only problem - the cuisine here is so varied that he might be tempted to spend too much time sampling the grub and not enough time on the extensive slopes!

And yet – maybe not. Because Heston does love his skiing so much. I must suggest Montgenèvre to him next time we meet! 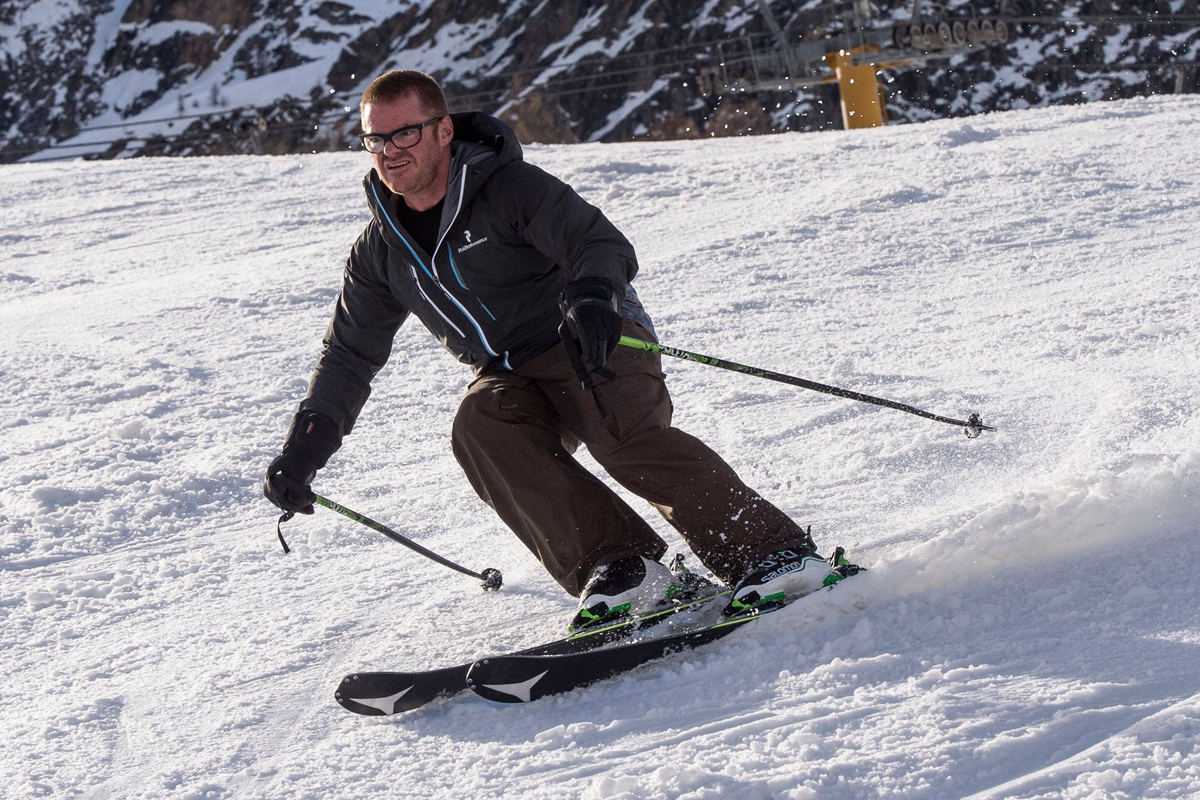 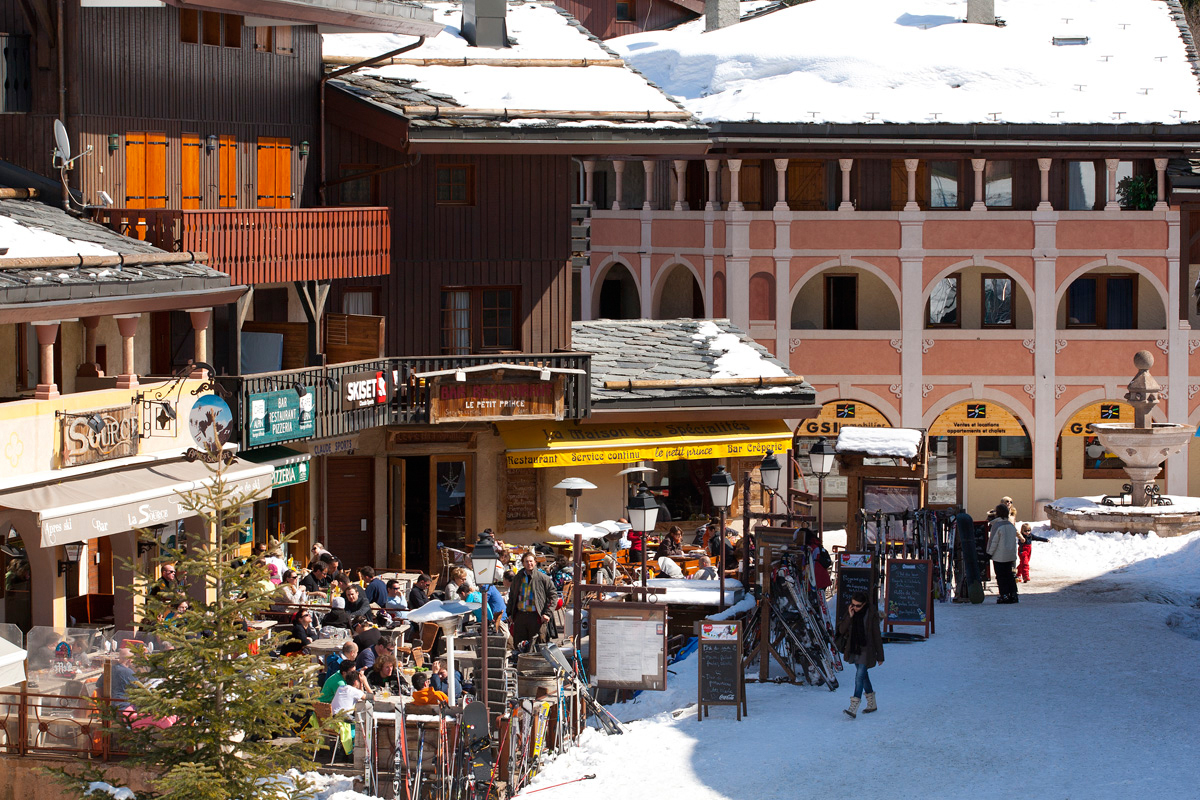 I once interviewed Greta at a poetry reading and asked her whether she had ever skied. By way of a reply, she wrote me a limerick (not a terribly good one but nice of her!). It went like this:

So glad you enjoyed the show
No, not much of a skier, but I’ll go
For the sake of the kids
And attempt a few skis
‘Cos there’s nothing they like more than snow.

And she signed off with: “See ya, Gret!”
I think Greta would love ‘Valmorel la Belle’ – a relatively undiscovered gem in the heart of the Massif de la Tarentaise. It’s a delightful and picturesque location in any season, with a reassuringly peaceful pedestrianised village centre that’s ideal for families. Plus a good mixture of delightfully uncrowded slopes.

Keep up to date with the latest news, blogs and special offers!

Arnold Schwarzenegger doesn’t hang about on skis – and he certainly didn’t when I caught him – or tried to – in Sun Valley, Idaho when he was still governor of California. He did grant me an interview – as long as I kept up with him on skis while we were talking. No easy task!

I have no doubt that he’d lap up the miles (or even the kilometres – I presume he knows what they are) in Tignes, which has an inexhaustible supply of skiing, even without its linked neighbour Val d’Isère. I’m sure once he skied there…he’d be back! 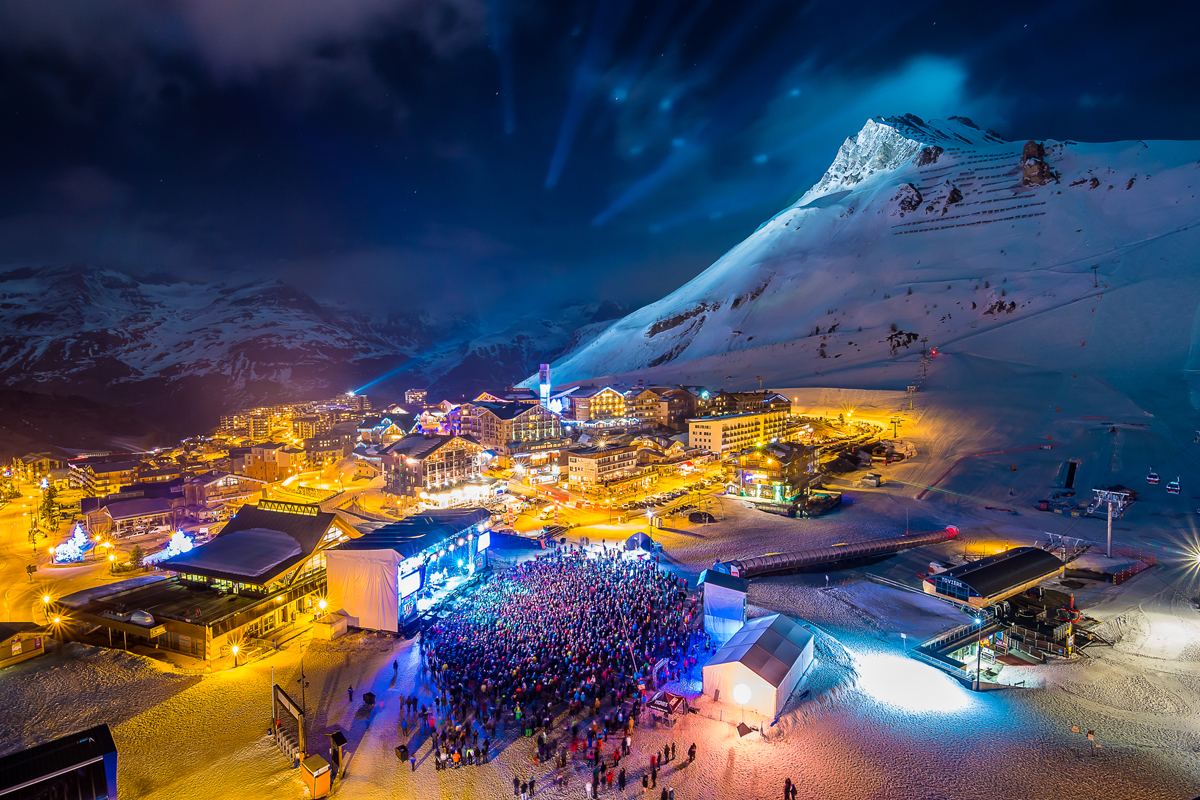 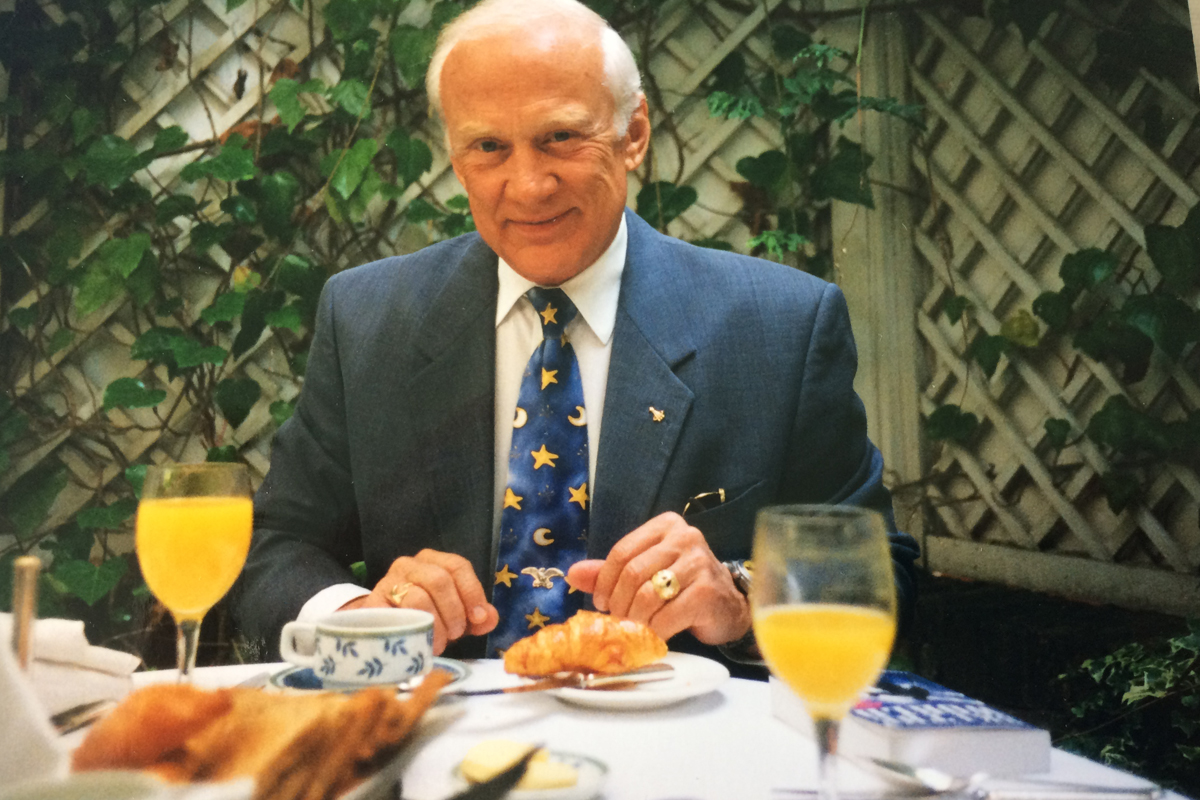 You’re probably aware that Buzz loves space. Well, he certainly did when, as the lunar module pilot on Apollo 11, he became only the second man ever to set foot on the moon. I sometimes feel the vast ski playground of Val Thorens, the highest resort in the Alps, is a little reminiscent of a lunar-style landscape only with masses of snow rather than sand, so Buzz should feel at home here!

When I interviewed him he told me it was always a ‘great challenge’, at celebrity ski events, to be paired against William Shatner. "The idea of a real-life astronaut skiing against a Hollywood version like William Shatner was intriguing," he said. "So who won?" I asked. "Well, this guy, you know, he’s over the hill, he doesn’t look in as good shape as I am. But he’s Canadian and he’s been skiing all his life," Buzz chuckled. "And he usually won by a little bit."